COMC hoard: What's so civil about a checklist, anyway?

It's always nice when building a set, to be able to get the most expensive card from it out of the way early on in the process. Which is exactly what I did with this 1962 Topps Civil War News Checklist: 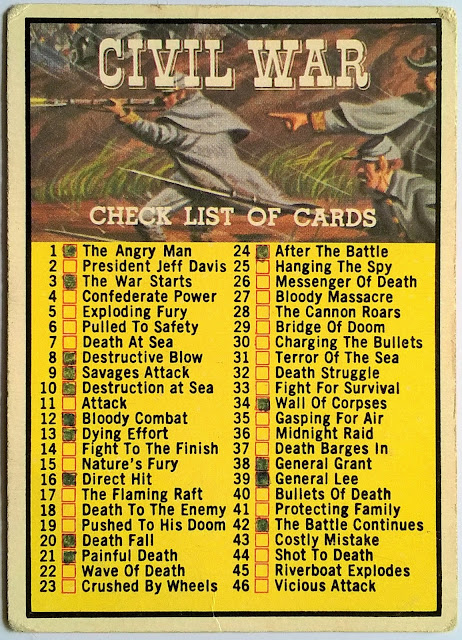 Even though it's marked and has some noticeable condition issues, this would still go for anywhere between $10-$30 on eBay. I was able to procure this one a couple of months ago for $4 in earned credit. 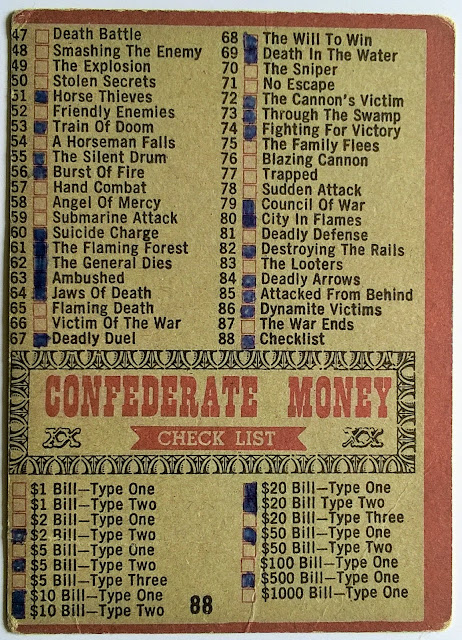 I have no doubts that this will end up being the worst conditioned card in my eventual set, as I don't see myself paying $50 or more for an unmarked example.

Every time I'm looking at cards from this set or the '62 Mars Attacks! (in an upcoming post),it reminds me of when I first read about these sets in or around 1997-ish. I was enamored with both sets immediately, but at that time, it seemed very improbable that I would ever own a single card from either set due to the then exorbitant prices. If I hadn't taken such a long break from card collecting (2000-10), I probably would be done with this set by now. Better late than never though, right?

Thanks for taking a moment to look at my page.