Like last Friday, I'd like to start off this post, which I know will have plenty of eyes on it, by trying to increase the traffic to two other blogs, one of which is new-ish, while the other is just new to me. First up, Jeff S, of the relatively new blog, Collecting Cards (Again), probably wouldn't mind if you took a moment to give him a follow, and maybe popped in and left a comment from time to time (who amongst us wouldn't appreciate either of these two things?). And then there's, Elliptical Man, who's blog, The View from the Third Floor, has been around for awhile, but is new to me, and since he's been kind enough to leave comments on some of my posts as of late (as well as many of yours), I figured the least I can do is to try and send people his way to hopefully do the same.

Okay, now obviously you're here for the free stuff, so let me get the usual fine print out of the way real quick, which is simply that I'm not looking for anything in return, I'll I ask is that the cards you claim be for your collection, and not your trade box.

And the other "rule" that I just added last week is that if you haven't commented on a non-FSF post in the last year or so, you will be limited to five claims per FSF post. As others have pointed out, it's not unreasonable to want, or to ask, some of the folks who are getting free cards to show up occasionally and support the blog, especially when there's not something to be gained by doing so.

Oh, and lastly, I always forget to mention this, but if I've never sent you anything before, please be sure to send me an email (jtef82 at gmail.com) with your address. And I'm still waiting on addresses from blog reader bruce, and Spyda-Man. 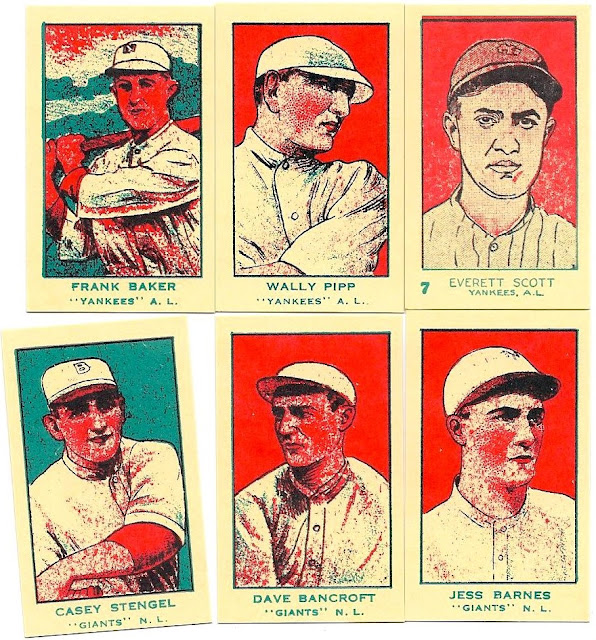 I got these strip card reprints in a lot some time ago, and know nothing of their origins, other then that they have "Reprint" printed on the backs. Casey tried to get away, but I got the last laugh by not going back and redoing the scan. 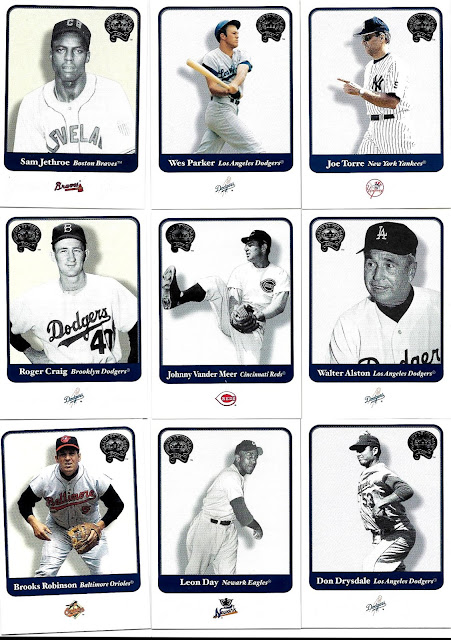 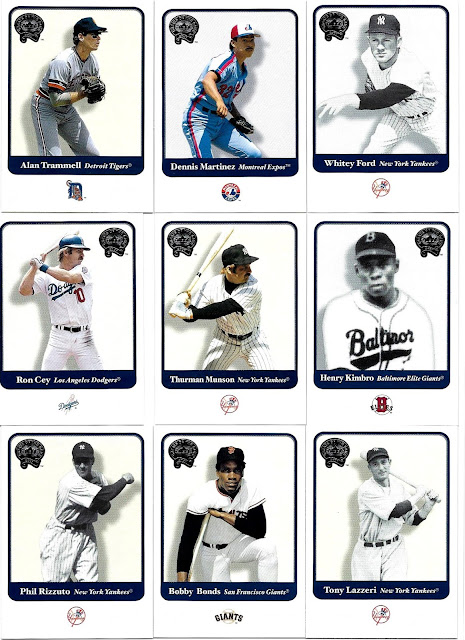 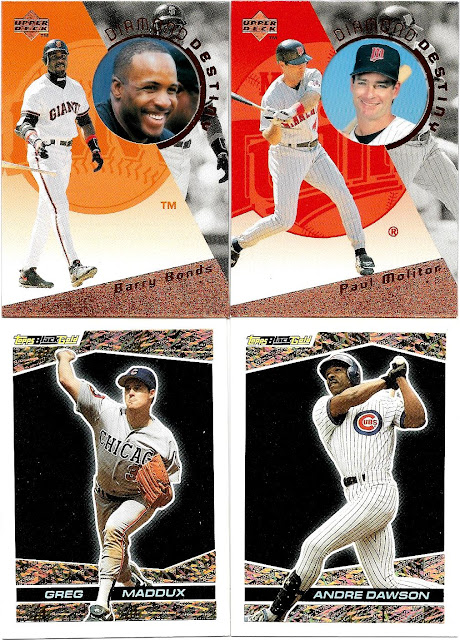 90's baseball. The top two inserts each have the faintest of wear on one corner. 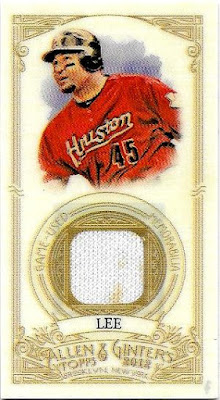 This relic is supposed to be in a frame, which I didn't know when I picked it up (explains the cheap price though). The swatch has some tobacco spit, or possibly some sort of other bodily fluid on it... so that could be fun if you're into that sort of thing?

2014 Panini Black Friday. The Stroman is numbered to /499. BTW, the teams represented here are the Blue Jays, White Sox, and Yankees (just in case you couldn't tell). 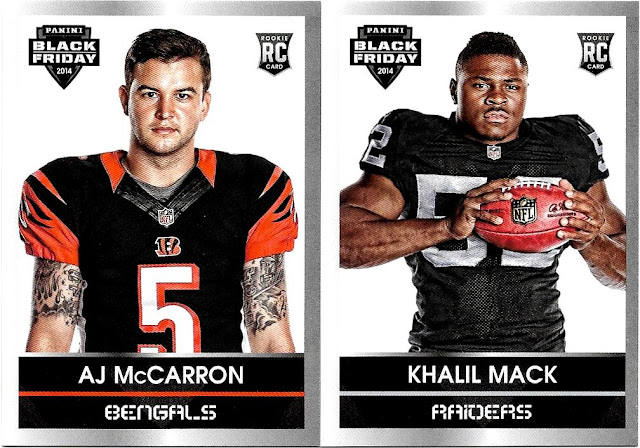 More 2014 Panini Black Friday, this time of the football variety. 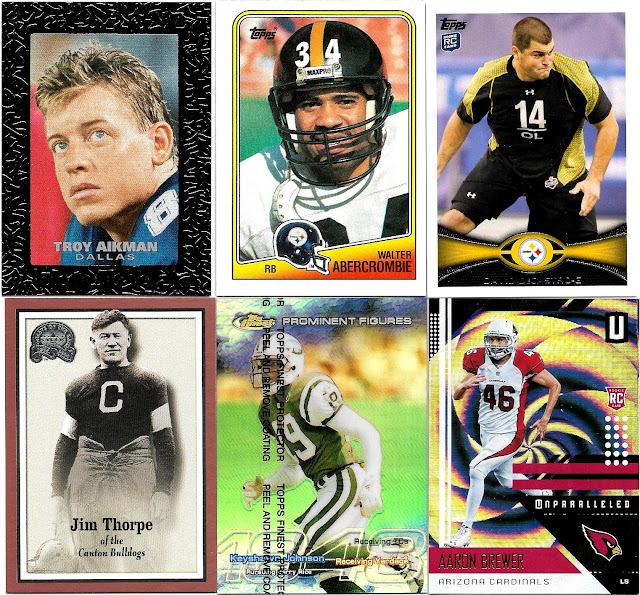 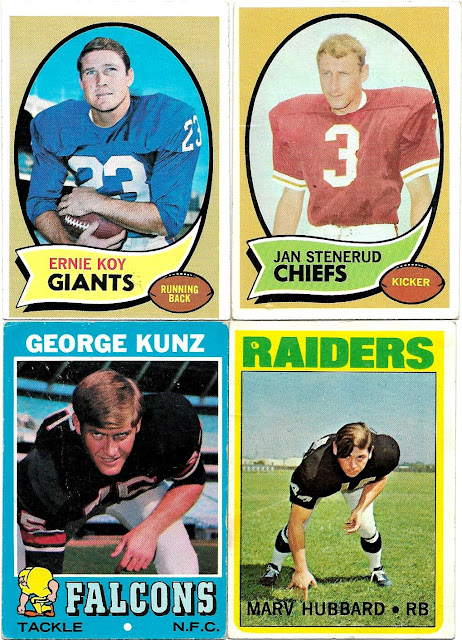 A quartet of vintage football. The Kunz has a crease, and Stenerud has a wrinkle. 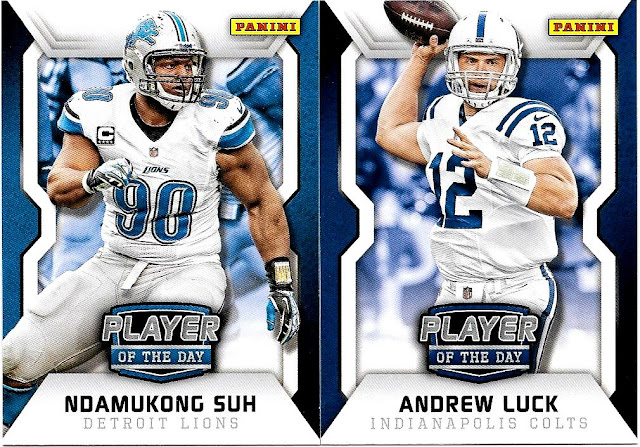 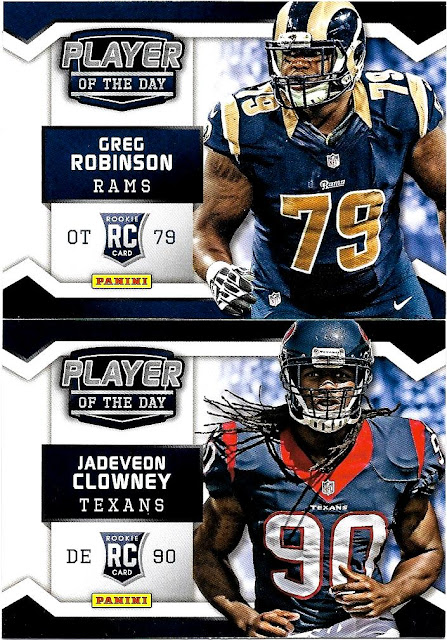 2014 Panini Player of the Day Rookies. 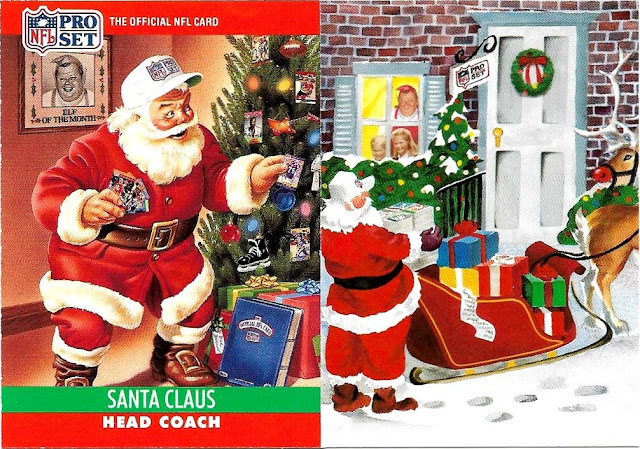 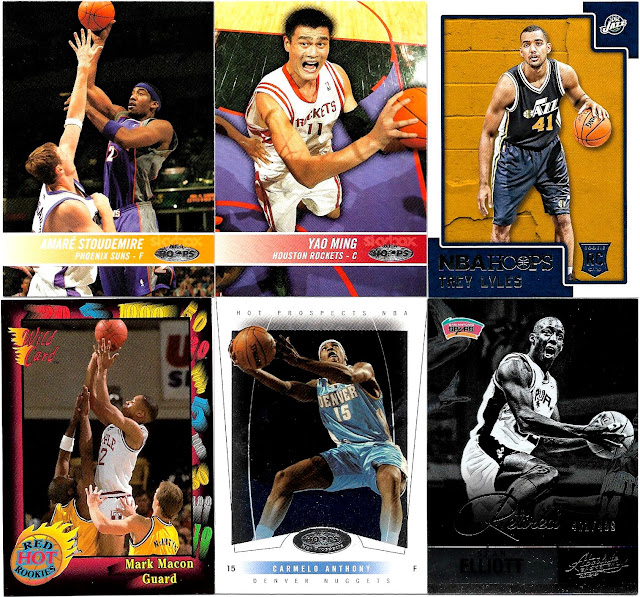 Some misc. basketball, the Elliott is numbered to /499. 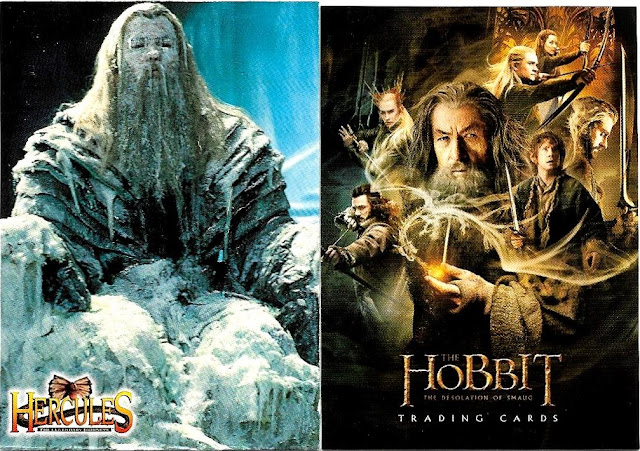 And finally, a pair of non-sport cards. The Prometheus on the left is an embossed insert from the 90's Hercules set, and has a little bit of edge wear. The other one is a promo from just a couple of years ago.

Feel free to start claiming. And in case it's important to anyone, I will start packaging up everyone's claims from these last two Friday's sometime next week, but I might end up getting delayed a bit, because I will be starting up the 7-day challenge that Tim got rolling last week, and have no idea how time consuming that may or may not end up being.


Thanks for taking a moment to look at my page.
Posted by Jon at 3:18 PM