Not gonna lie, this is one of my favorite autos from the Golden Age sets. My introduction to Donna Douglas came from the Twilight Zone episode "Eye of the Beholder", which as some of you might know is one of the more famous episodes from the show's history. I saw that years before ever seeing my first episode of The Beverly Hillbillies, or any of her other television appearances (Michael Shayne, Checkmate, Project U.F.O., etc.). I keep going back and forth trying to decide whether or not I still want to try and finish the Golden Age autograph sets, but even if I don't end up trying to complete them, this isn't one that I would be getting rid of.

I really like the 2015 Tek cards, although some of the colors and background patterns don't jibe too well with the uniforms, but that's not the case with the gold Eric Dickerson, as you might be able to tell from the multiple copies here, it's one of my favorites (I have a purple Tom Brady sitting in my COMC account right now that is really quite spiffy as well).

Barry didn't scan so well, so you'll just have to take my word for it when I say that he (in card form) is absolutely gorgeous in person. I used to know what the odds were of pulling one of these 22K parallels, but that knowledge seems to have been lost with time. I do know though that they only fell in one out of every couple of boxes, I just can't remember how many boxes.

1964 was not a good year for Johnny, and one could say that it was sort of the beginning of the end for him. Between an elbow strain, then being hit by a pitch from Warren Spahn on the very same elbow, and eventually needing surgery on that elbow, Johnny only made it into two games that season, both of which were lost.

It feels a little weird to buy a card of a relatively contemporary athlete that I've never seen play before, but that's exactly what I did with this Arian Foster Progressions, although I have listened to his podcast, so that's got to count for something, right?

I've mentioned on here more than a few times now about Larry Johnson being my favorite player growing up, so I watched as many Hornets games as I could, and once he was traded to the Knicks, I then watched as many Knicks games as I could. Neither of these teams were MY team, but after watching so many games of both, it was kind of inevitable that I would become a fan of some of LJ's teammates as well, Allan Houston was one of those guys that I eventually became a fan of. It was pretty hard not to like him, or his game. Not only could he flat out ball, but he was also (and still is) a high character guy, and by the late 90's those kind of guys were becoming rather scarce, which only made me gravitate towards him more.

To say that the '71-72 season was not a good one for Eddie Miles would be an understatement, as he suffered a career ending Achilles tendon injury, although by then he had already seen ten years of action, and his once very promising career was already on the downward slide. That being said, you don't ever want to hear about someone's career ending because of an injury.

It is virtually impossible for me to see, or hear about, Dikembe Mutombo, without thinking about this commercial:

This is going to sound absolutely terrible, but for as long as I can remember, I've always associated this card with this image of Ted Williams (sorry Mark): 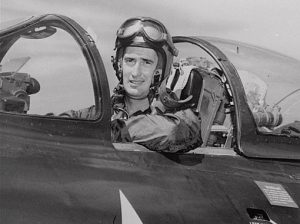 Don't ask me why I associate the two, because I don't know, I just know that I can't see one without thinking of the other.

Although he's not often credited for it in print, Tom Boerwinkle was a key component to the success of the early Bulls teams. As far as Bulls history goes, he's second in all-time rebounds (MJ is first?!?!), and he still holds the franchise record for most rebounds in a game, 37, which was set back in 1970.

Is it me, or did those ten cards go by really quick this week? Heck, the week itself has flown by, of course they all seem to be doing that these days... they just don't make weeks like they used to :(


Thanks for taking a moment to look at my page.
Posted by Jon at 8:07 AM