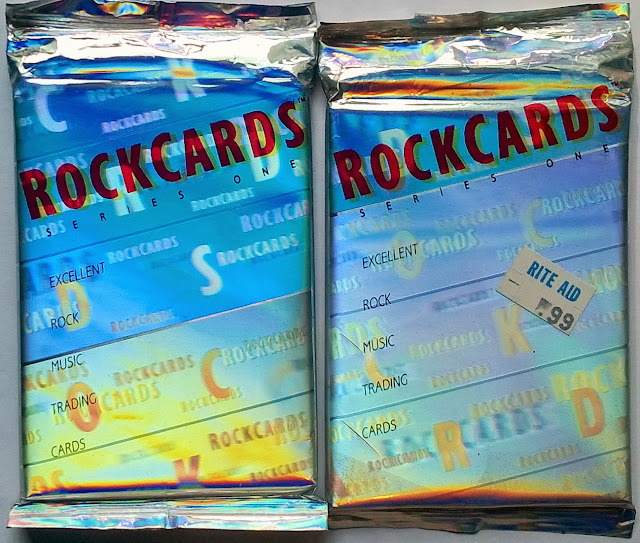 If there's one thing that I wasn't looking for at the most recent card show, it was unopened packs. Not to sound like a braggart or anything, but I've got maybe 25 or 30 different unopened packs, as well as half a dozen overproduction era boxes stashed away for a rainy day, all blog material of course, so there was absolutely no reason for me to pick up anymore... or so I thought!

Seeing as how this was one of the super mega giant shows, there were dealers there from near and far, many of whom hadn't set up there before. One of those first-timers was a guy who had an obscene amount of unopened packs, all of which were priced at either fifty cents or a dollar. He had sports, and he had non-sports, probably more of the latter than the former. There was plenty of "junk wax", but also plenty of newer things as well, from Dinosaurs Attack! to packs with Aaron Judge on the wrapper (sorry, I don't know what set those were from).

I didn't find this guy until I was about three hours in, and by then I was already more than a little weary, so much so that I almost didn't stop at his table, despite the impressive spread -- but there was no one else there, and after having been elbow to elbow with people for the previous couple of hours, the thought of being able to look through something without having another guy rubbing up on me was just too darn appealing to pass up. Even so, I wasn't planning on looking through everything, but that plan was tossed out the window after I found the above two packs of RockCards... then I knew that I wasn't going anywhere until I saw every single pack! 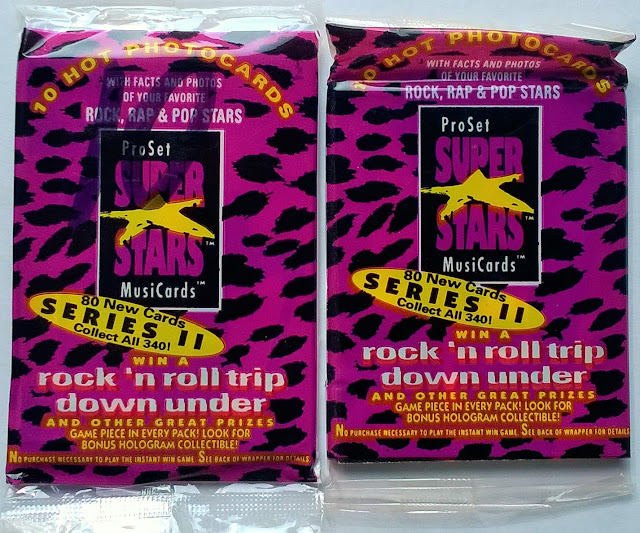 Until just recently I never realized how popular MusiCards were. I remember seeing somebody post something about them on Twitter a year or so ago, and then all of sudden they were all over the blogs. Wish I would've known some of these fans of the set when I was a kid, because back then I don't recall ever seeing anybody other than myself buying them. Since Gavin wanted one of the promo cards, I'll probably be opening these up sooner than later, that way he doesn't have to wait to long to get it. 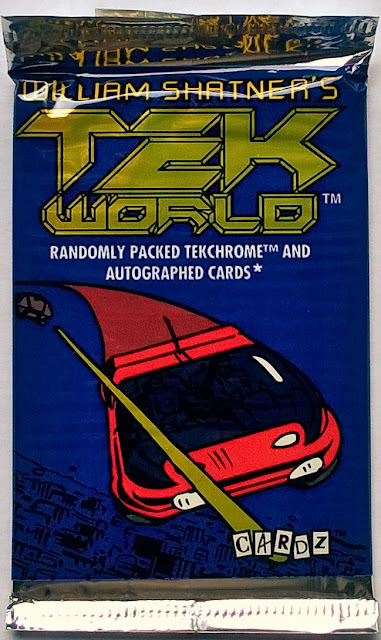 It was kind of funny/eerie that I would find a pack of Tek World cards, as I had just been reading an old TV Guide the night before, a TV Guide that just happened to feature an interview with William Shatner about the upcoming premiere of Tek World. Kind of strange, huh? 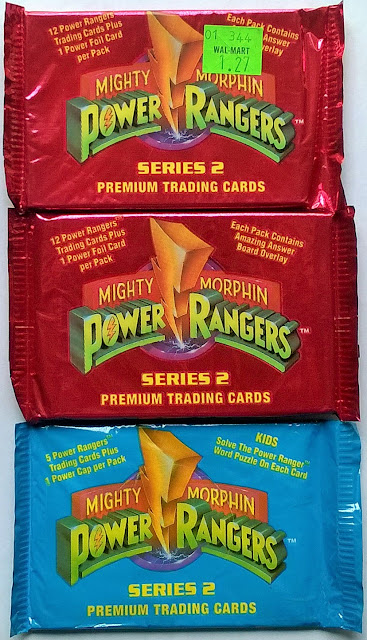 These were gotten for, Matt. And I'm not showing them to be like "look how great I am because I bought something for somebody else", no I'm just showing them because they're part of the overall purchase, plus Matt already knows about them, so I'm not ruining any sort of surprise or anything. As I already told Matt on Twitter, I tried to get him some packs from the Power Rangers movie as well, but they felt like they were bricked, and I'm not about to take a chance on something that's likely already ruined. This guy had a bunch of Saga of the Dark Knight packs that appeared to be suffering from the same problem, which is too bad, because I would've bought all of those. [Note to Matt: I know I've already said it, but I will try to get these out to you sometime soon] 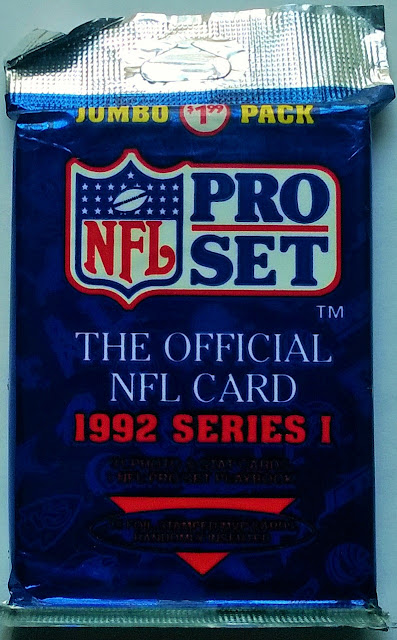 I'm pretty sure that I've never opened any 1992 Pro Set before, and I had no idea that Pro Set ever came in jumbo packs, so I kind of had to get this one... too bad it was the only one that he had! 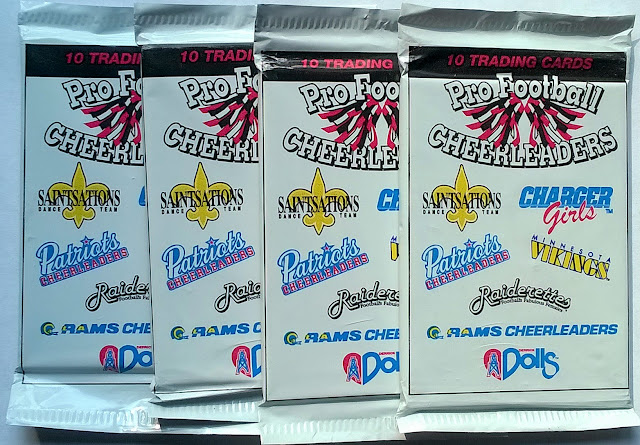 I've seen some singles from this set before, but had never really thought about the actual set, meaning that I didn't know if it came in packs, or was just one of those sets that you'd buy as a whole... obviously they came in packs! I don't know if I actually needed these or not, but like some of the other stuff in this post, they'll at least make for some good blog fodder.

Initially I was going to be done with what you've already seen, but as I was wrapping up my search, the dealer came around the table with two handfuls of packs and started trying to find space for them. I was immediately drawn to one group of packs that he had in his hand, so before he could even start, I said "Can I please see those", to which he replied with a hearty "You sure can!". 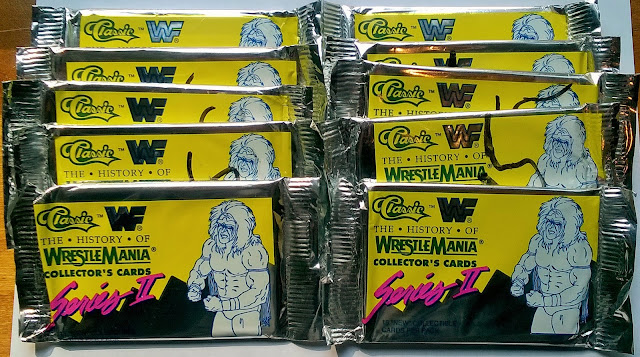 These are what caught my eye! I hadn't seen a pack of these since I was probably eight or nine years old, and didn't really think that I ever would again. It's certainly not the greatest set ever, but seeing them again brought back a ton of nostalgia, so I had to have some. He had brought out like twenty packs, and I briefly thought about getting them all, but soon settled on ten. Still wonder if I should have gotten them all though?

I soon learned that some guy had pulled out a bunch of packs earlier, but didn't have enough money to pay for them, asked the dealer to hold them out and he would come back and pay for them, and as of a couple of hours later, still hadn't come back, so the dealer was putting the packs back out for sale... and I just so happened to be standing there when he decided to do so (things like that never happen to me)!

As a quick aside, asking a dealer at any kind of collectibles show to hold some stuff for you, and then not coming back to pay for it, is a prick move... so don't do it!

Oh, and there were more than just WrestleMania packs being put back out, this flaky buyer had obviously cherry picked the boxes, because there weren't any other examples of these packs when I went through the boxes -- so except for some of the WrestleMania packs, and a few from newer baseball sets that I didn't recognize, I ended up buying the rest of what was being put back out... 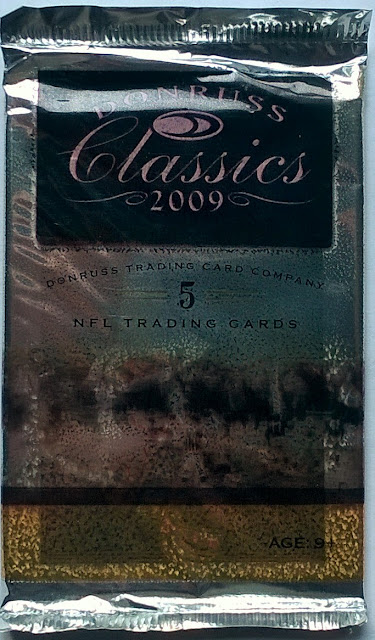 I'm not familiar with this set at all, and I'm intentionally not looking it up, I want to be surprised! Five cards for a buck was a bit much, but since there was only one, I figured it was worth the chance. 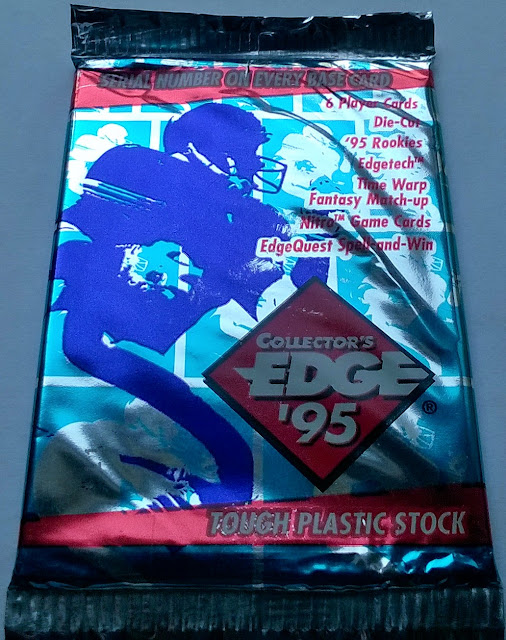 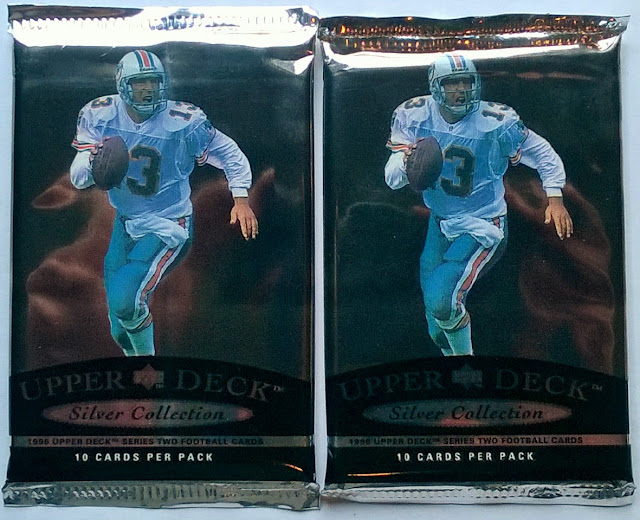 Check out that groovy reflection of my hands and phone! I'm not familiar with this set either, and these were the only packs that I second guessed myself on, so hopefully I won't hate the design. 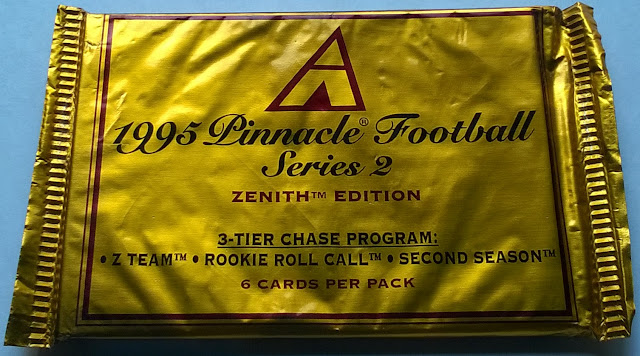 And last but not least, a golden ticket! I wish that there would've been some more of these, but one pack was better than nothing... thanks flaky buyer!

So, not a bad haul, eh? I would've bought more had some of the packs been only $0.25, namely those of the New Kids on the Block and Rocketeer variety, but I really only wanted those for the stickers, and paying fifty cents for a sticker didn't seem like a very good deal. I'm sort of wondering now if I should've asked the guy if he'd sell them for a quarter a pack, provided I take them all? I guess if I ever see him again, and he still has the packs, I'll give it a go, as I don't think that it would be considered an insult to make such an offer.

I always see people say that they got something "for the price of a blaster", or a "blaster and a half", which is all fine and good, but I don't really know what the going rate of blaster is these days? $15? $20? If they are in that range, I guess I can say that I got these for the price of a blaster, because the 28 packs set me back $18. And I may not know how much a blaster costs, but I'm fairly certain that none of them come with 28 packs, so I think as far as buying packs goes, this turned out to be a pretty good purchase.


Thanks for taking a moment to look at my page.
Posted by Jon at 8:04 AM