It may not be the most exciting card in the world, but this 2013 Cooperstown Bruce Sutter green shard... 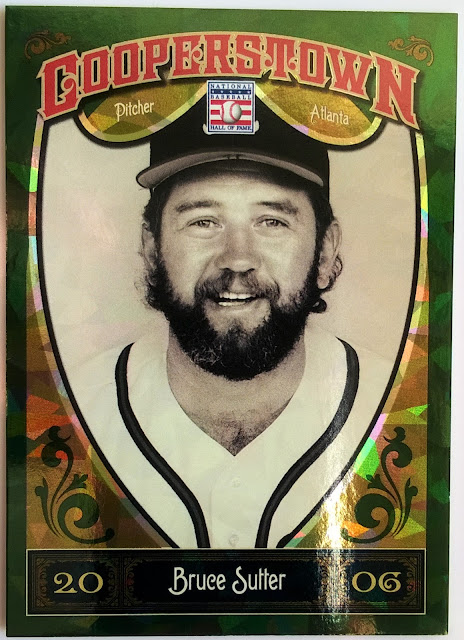 ...leaves me needing only fifteen more to complete the set, which is kind of exciting -- especially considering that, of all the parallel sets that I'm working on, this is the now closest one to completion.

Oh, and judging by the look on Mr. Sutter's face, he isn't bothered by the glare on his card... So you shouldn't be either!


Thanks for taking a moment to look at my page.
Posted by Jon at 3:14 PM 4 comments:

Buybacks from my usual source

Before I get started I wanted to mention that my posting might be a little more erratic than usual over the next month or so, as I'm getting ready for a temporary move thanks to a fairly extensive home remodeling project starting in May.

I knew that it was going to be happening sometime this year, I just didn't know when. Last week I found out that the beginning of May is now that "sometime", and since it's going to be almost a complete gut job, everything needs to be packed up and moved out for the next 3-5 months. I was sort of hoping to never have to move again, especially after just moving across the country two years ago, but it's not my house... so I don't have a great deal of say in the matter. So like I said, my posting may be a bit sporadic, or the posts might just be shorter, featuring more pictures than words.

Now that I got that out of the way, I can get to today's cards which came courtesy of Jim (GCRL), owner and operator of cards as i see them. I say it every time I do one of these posts, but Jim has provided more cards for my frankenset than anyone else to date, myself included. So much so in fact, that I feel like I should start referring to the set as "our frankenset". I have had these now for over a month, so my apologies to Jim for taking so long to get to them. 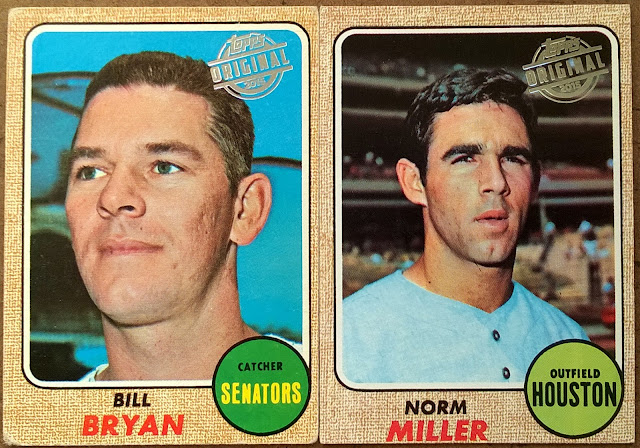 I don't have too many former Portland Beavers in the Frankenset, so this Billy Bryan is a much appreciated addition. 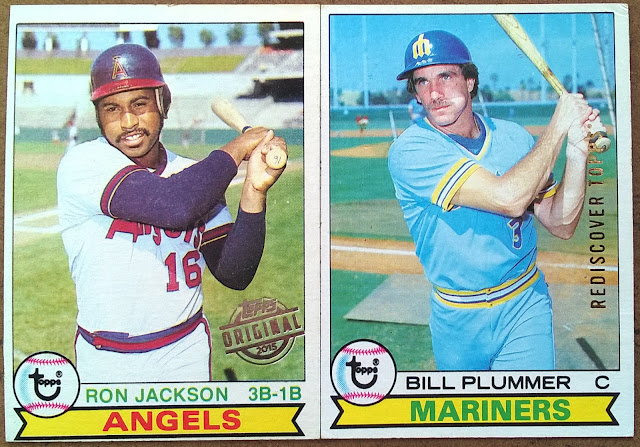 Don't look now, but I think something's about to burst out of the side of Bill Plummer's face. 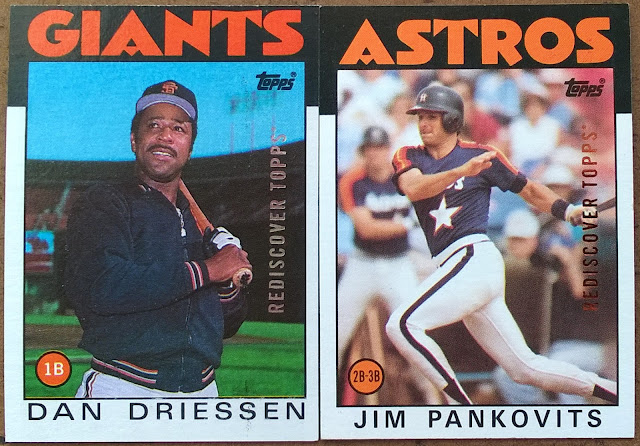 While with the Reds in 1976, Dan Driessen became the first designated hitter in a World Series, going 5-16 in Cincinnati's sweep over the Yankees. 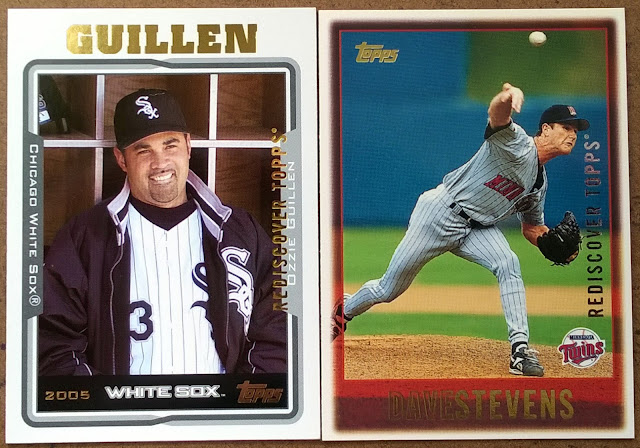 I'm not too crazy about buybacks of cards this new, but if I've got to have a few, these two aren't so bad. The Ozzie Guillen's pretty neat, mostly because I enjoyed his antics. And the Dave Stevens is great just because of how awkward that photo is.
﻿ ﻿﻿﻿ 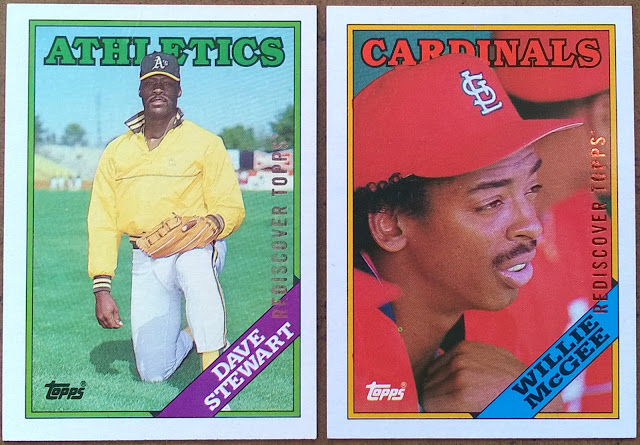 Some name recognition. Even though I really dislike the set, I have always liked this Dave Stewart card.
﻿﻿

I don't remember these three guys at all! 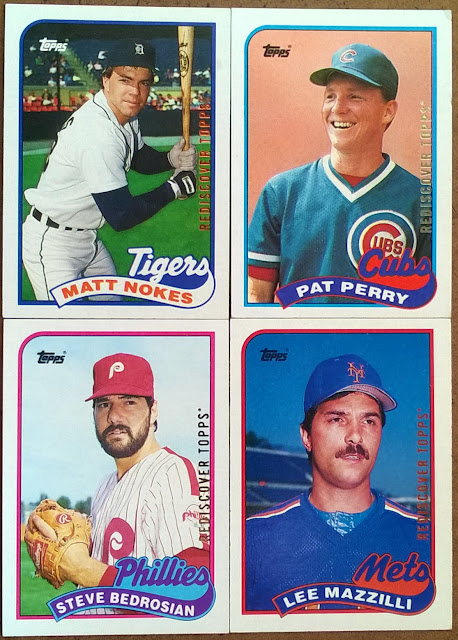 Am I the only one who thinks that Matt Nokes and Darrell Evans could be twins? 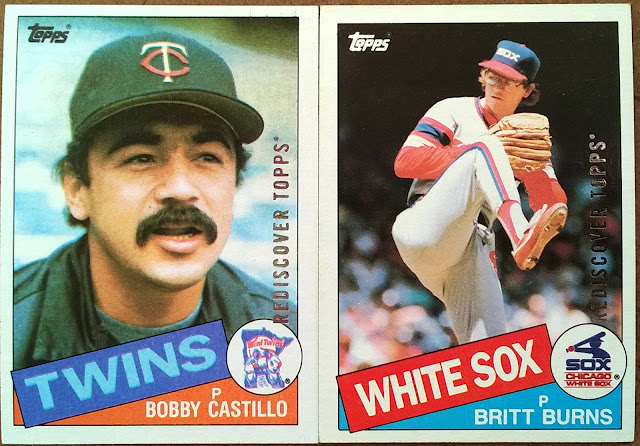 One has to wonder if Britt would have went on to greater things, had his hip condition not forced him to leave the game so young. 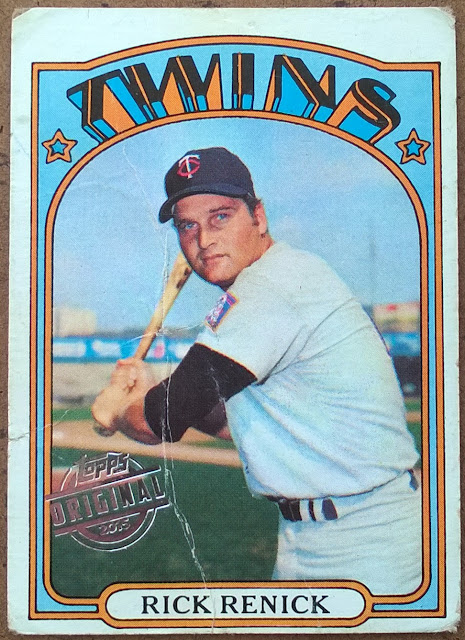 Mr. Renick is in pretty rough shape and may end up getting replaced at some point. I think Dan Osinski is the first member of the Red Sox "Impossible Dream" team to be added to the set. This is also his rookie card, so that's pretty cool too. 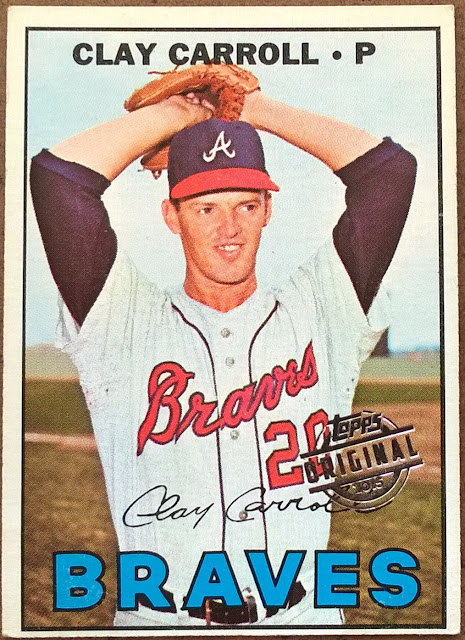 I didn't realize that Clay Carroll had had so many impressive World Series outings while with the Reds, which among other things, included being the only winning pitcher for Cincinnati during their 1970 series loss to Baltimore. 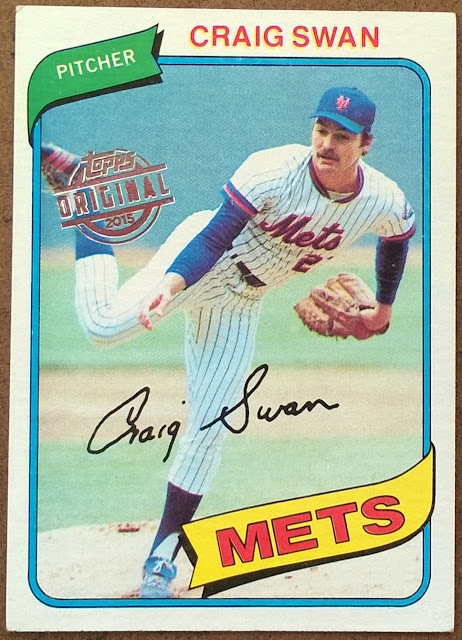 I wasn't familiar with Craig Swan in the least, and after looking at his career statistics, it's not hard to see why. I did see though, that after retiring he became a certified Rolfer, which is something I was somewhat familiar with. I have no real opinions on the legitimacy of the practice either way, but I can say that's it not something I would be willing to try.

Thanks again for yet another batch of buybacks, Jim! I finally have some stuff to send in return, so a package should be headed your way some time this week.

A fellow with a Sports Obsession assists with my Prizm obsession

Thanks to my recent contest, I now have a number of new readers, and most of those readers have blogs that are new to me as well... one of those being My Sports Obsession. A couple of week ago Jeff, the proprietor of said blog, was featuring a recent lot won on eBay that consisted of seven copies of the same card. The card(s) that had been won was a 2015-16 Panini Prizm Flash Prizm of Tim Hardaway Jr., which by the way, had been gotten for an obscenely low price of 27 cents.

Anyway in the post, Jeff had mentioned that if anybody was interested in one of the extra copies all they had to do was a leave a comment saying so, which I did, and less than a week later this showed up in my mail box: 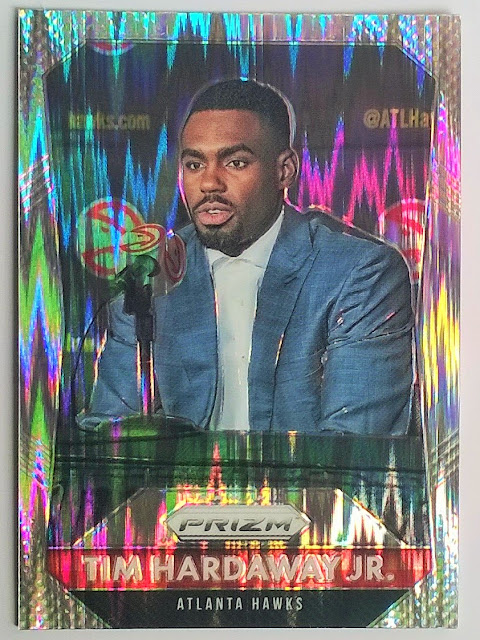 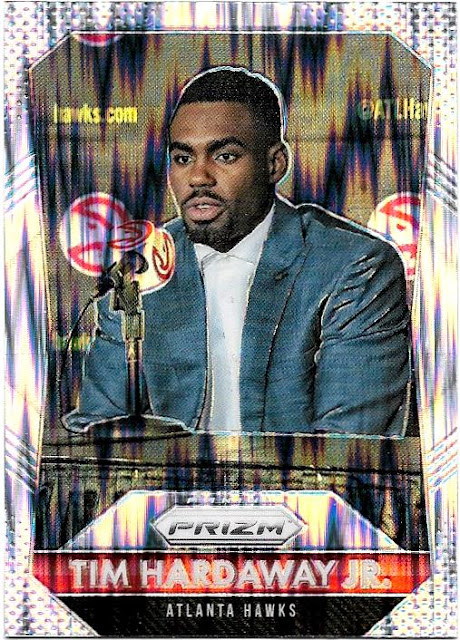 Doesn't that look awful compared to the previous picture? I certainly think it does. Okay, that's enough scanner hating for one night.

Thanks for taking a moment to look at my page.
Posted by Jon at 5:01 PM 1 comment: