Today's post will be very short and feature a sweet recent return: 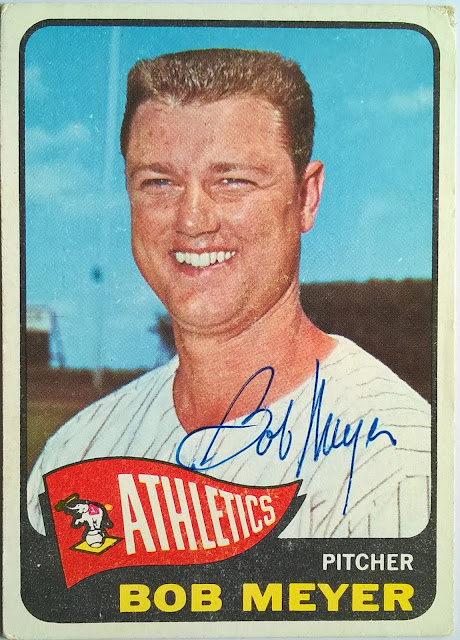 Bob Meyer seems to be one of those former athletes that genuinely enjoys getting fan mail/autograph requests, so for those interested, I would definitely recommend doing so.

As always, many thanks to Mr. Meyer, and thank you for taking a moment to look at my page.
Posted by Jon at 9:31 AM 2 comments:

Today's post features something, which I'm fairly confident in saying, hasn't been shown on any of the other card blogs before. And like my last post, these are from another nearly forgotten folder of scans.

I was completely unfamiliar with this set before I won them from a Sportlots auction a couple of months ago (under $4 for the seven in case anyone was wondering). There isn't a great deal of information regarding this set available via the internet, other than the year they came out, and that they were released in four series' of 25 cards each. I did find however, that they came in two different sizes, one being the standard tobacco card size (which mine are) and a slightly larger squared size which I assume was a premium -- in that you had to send in a certain amount of coupons/packages or a certain amount of the smaller cards to get one of the larger ones.

Since Sarony was a British cigarette manufacturer, it shouldn't come as too much of a surprise to see that the celebrities (and their autographs!) featured in this set are all of the British persuasion.

Since the backs scanned better than I though they would, I have included all of them here for those that would be so inclined to want to read them. 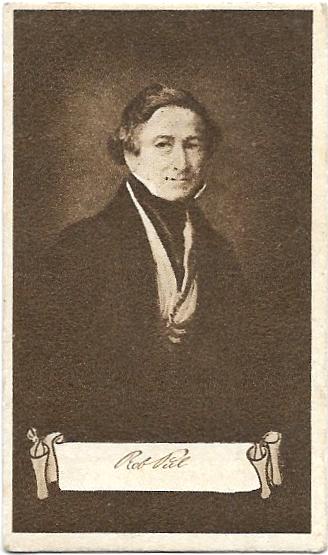 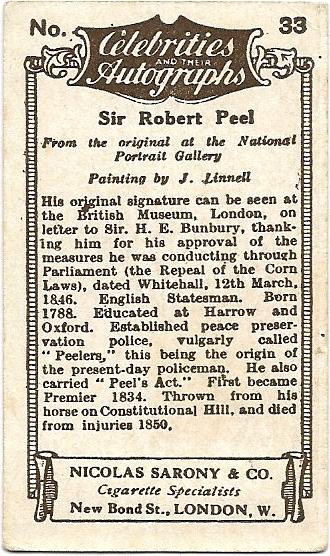 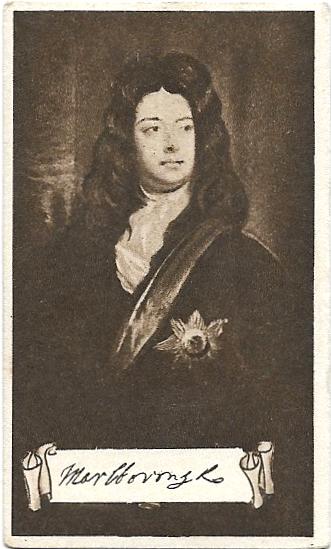 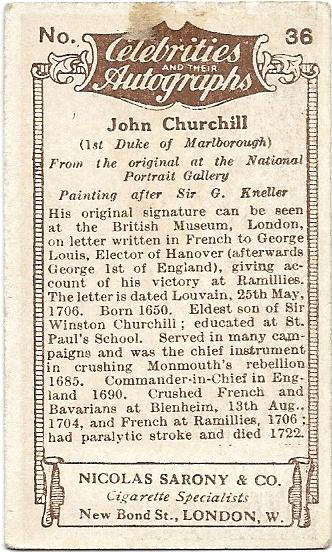 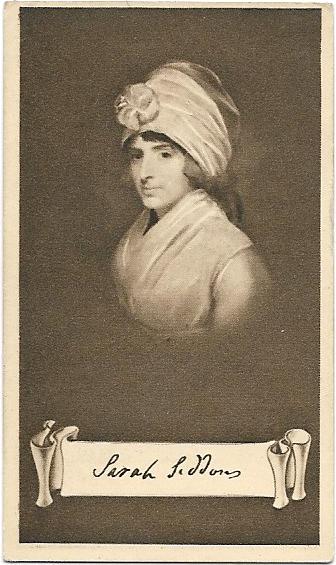 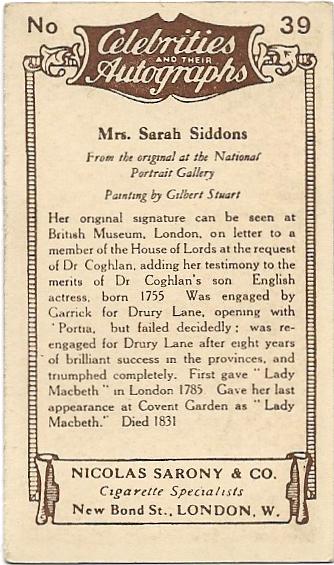 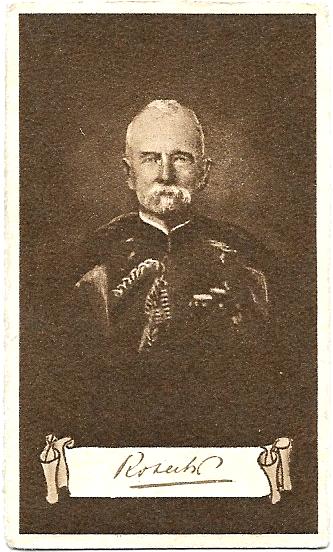 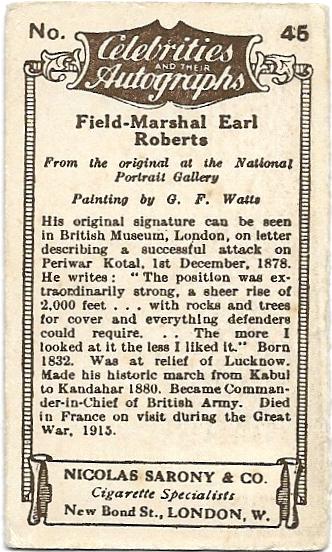 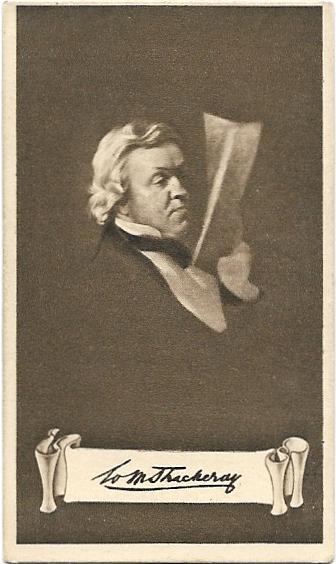 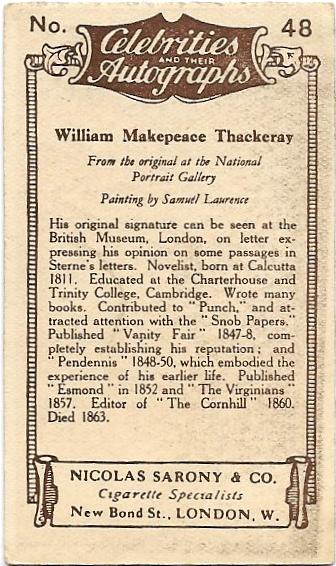 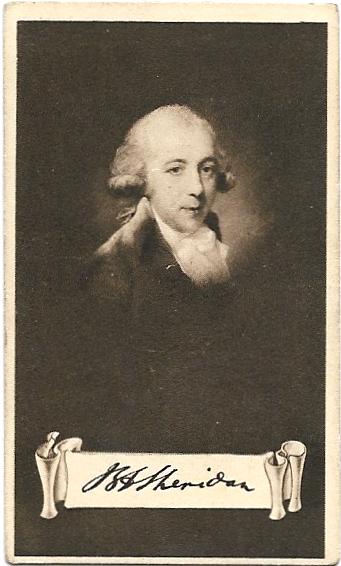 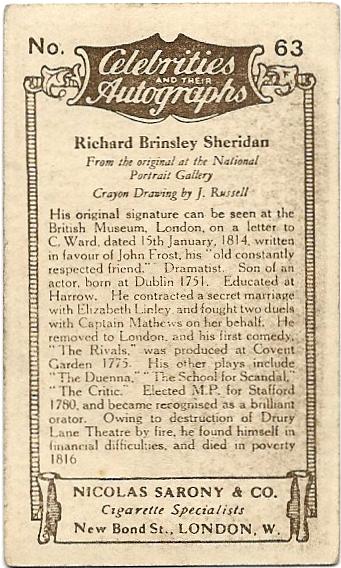 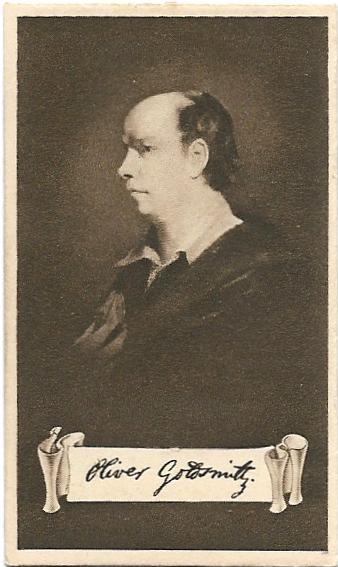 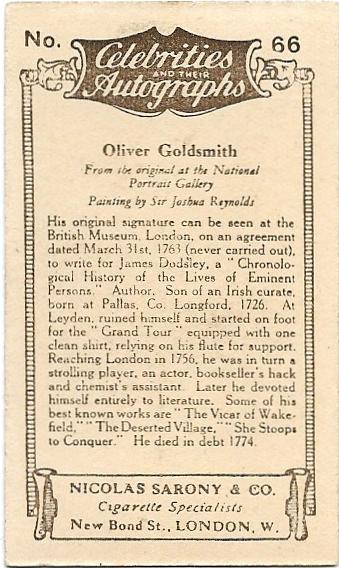 Thanks for taking a moment to look at my page.
Posted by Jon at 9:56 AM 4 comments:

In the last week or so, I have been trying my darndest to go through an ever increasing amount of photo/scan folders and in the process am finding many forgotten things.

Today's card, which definitely falls into the "forgotten things" category (it's been waiting in a folder since January), is from Rittenhouse's 2013 release Star Trek TOS: Heroes & Villains. 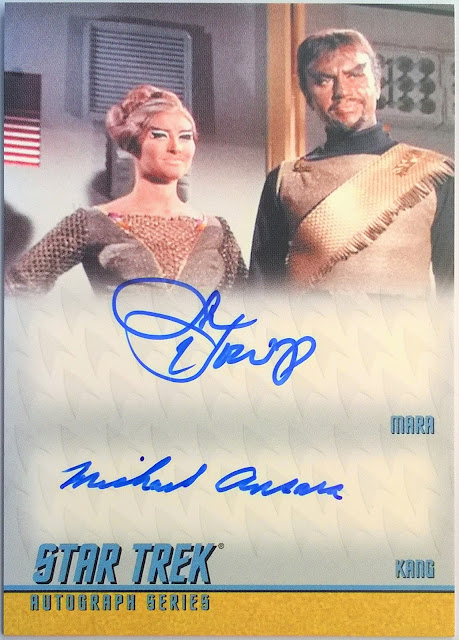 This dual autograph card features signatures of Susan Howard, who in less than a decades time would go on to play her most remembered role as Donna Krebbs on eight seasons of Dallas, and Michael Ansara, who first found fame portraying Cochise in the 1956 television series, Broken Arrow. Mr. Ansara passed away in 2013 after having compiled a very extensive list of credits during an acting career that spanned six decades. He also had the extremely good fortune to be married, at one time, to Barbara Eden -- thus making him the envy of every living man in the world. 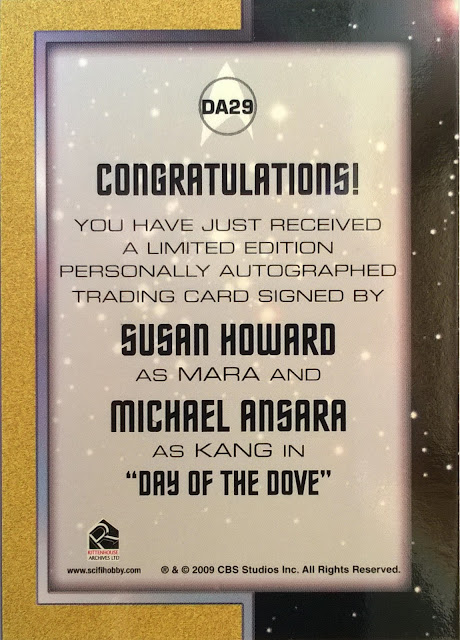 I don't know how many of you reading my posts are Star Trek fans, but if there are any out there, I will have a few more related posts that I plan on sprinkling in over the next couple of months.


Thanks for taking a moment to look at my page.
Posted by Jon at 12:57 PM No comments:

The successful return featured in this post has got to be one of my biggest yet. Were I to make a list of some sort, it would easily be in the top three. 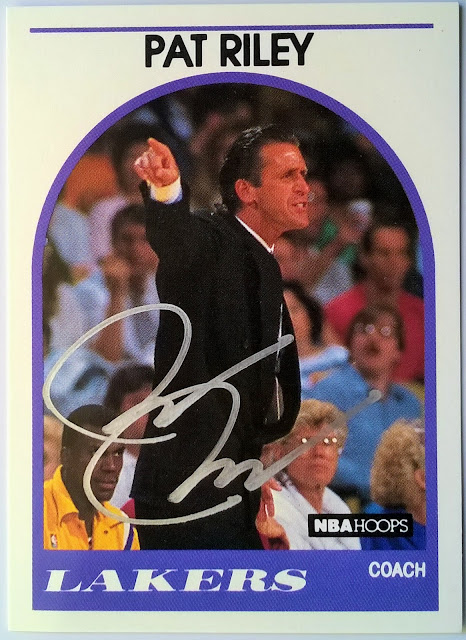 Being a devout Trail Blazers fan growing up, I certainly didn't have any love for the Lakers, but even from a young age I had a great deal of respect for Pat Riley as a person. In fact, his book "Show Time" was not only the second basketball related book I ever read (after "Breaks of the Game"), but it was the second sports book that I ever read.

A big part of why I have always liked him so much, comes from reading an interview of his when I was around 9 or 10, in which he discussed the Texas Western team that beat his Kentucky team for the NCAA championship in 1966. Even that early in life I was greatly impressed by the reverence in which he spoke of that Miners team and it's players. You just don't see that kind of respect given by a player on the losing side to the team that beat them all that often. And of course, over the years he has continued to discuss that Texas Western team with the highest regard in countless books and documentaries.

Even if there wasn't all that, just getting a successful return back from someone who, as a player, coach, and executive has been able to amass ten championship rings is pretty darn cool. So, many thanks go out to Mr. Riley.