After a mere three week wait, I got a nice return from the Bucks longtime television analyst: 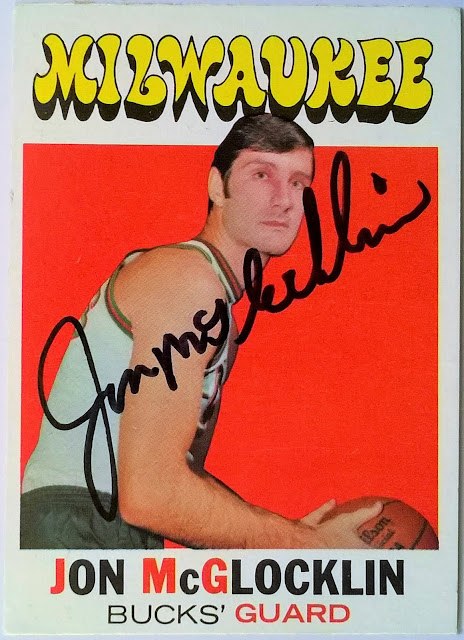 Averaging 16 points a game during the regular season and  nearly 15 ppg during the playoffs, Jon McGlocklin was a key component on Milwaukee's 1971 championship team. His ability to shoot from distance made for a very effective in and out pairing with Lew Alcindor, which was able to reduce the amount of double teaming that Alcindor received -- thus allowing him to be even more effective than he already was. An eleven year pro, Mr. McGlocklin was also an all-star during 1968-69 season after averaging almost 20 points a game.

As always, I would like to send a big thank you out to Mr. McGlocklin.