New blog, and some other things

Hey all, it's been awhile, huh? Like most of my past absences, I didn't mean to stay away for so long, it just happened.
My want to blog has been strong in recent weeks, but after not "writing" for over two months, I found myself having trouble trying to get back into the swing of things. I think I've got it down again now, so you're gonna be stuck with me until next year's inevitable disappearance.
I'd like to think I've been busy to doing big things during my sabbatical, but that's probably subjective, so I'll just say that I've been doing some stuff, one such bit of stuff being to get everything in place to launch a whole new blog -- which I just did yesterday by the way.
Despite it being an all baseball blog, mostly of the older variety, it's going to be a very niche blog, and I'm not expecting there to be much interest in it. With that in mind, I'm not gonna ask you to follow it, retweet it, or anything else of that nature. I figure if you want to check it out you will, and if you don't, you won't. Either way is cool with me. I've always maintained that this blog, the one that you're currently reading, was not created just for my own enjoyment, but the new one was. I fully plan to be writing just for the sake of writing on that one; if anyone actually comes around, well, that'll just be a bonus.
I will add though, that if anyone does go on over, it's been some time since I had to try and figure out how to create a layout, and with the 'new' Blogger in place, it seems to be a little harder than the last time I did so. Many tweaks will still be necessary, but it's up and running, and doesn't look too terribly bad. That's all that I really cared about to begin with.
It feels a little weird to start a new blog at a time when my old one is just hanging on by a thread, but the subject matter of the new one will be of much more interest to me than what I've been doing around here for at least the last year or so. I'm hoping that the passion for the new one will rub off on this one, possibly inspiring better posts for those who choose to just read this one. Time will tell though. At the very least, you can expect a few changes around here in the coming months. Of course, I have said that before, so maybe take that last part with two grains of salt :)
In other news...
******************************
I finally took Newspapers.com up on their free-trial offer last week, and all I can say is, wow, that is some site! I didn't think that it was possible for me to enjoy something on the internet as much as I enjoyed that site. Apparently I was wrong though, as I thoroughly enjoyed that site, spending upwards of a couple of hours on it each day throughout my trials duration.
I was able to get a lot of research done for the new blog, as well as some material for another blog I'll be starting in the very near future. That's right, I'll be trying to juggle three blogs by summer's end. I would've had that one up and running by now too, but the perfect name that I came up with for it, is already taken (by someone who's only blogged once in the last three years 😡), and I haven't been able to come up with another name since. I put all my eggs in that basket!
I won't be able to afford a full-time subscription to the Newspapers.com, but am gonna try to swing a few months worth here and there; I've only just scratched the sites surface. Also, I think I'm going through withdrawal, I got really used to having access to that site, really quick.
************************
I also went to Chattanooga last week for the first time. It was a long drive (about an hour and fifty minutes each way). I had been wanting to check out the McKay's there for quite some time... it was nowhere near as good as the one in Knoxville... and I probably won't be going back. I managed to find one book, and two DVD's for myself. And one book, and one DVD for my mom. No post coming. I took a few pictures on my way there, while driving (don't do that kids), most of which didn't turn out so good, but a few weren't too bad: 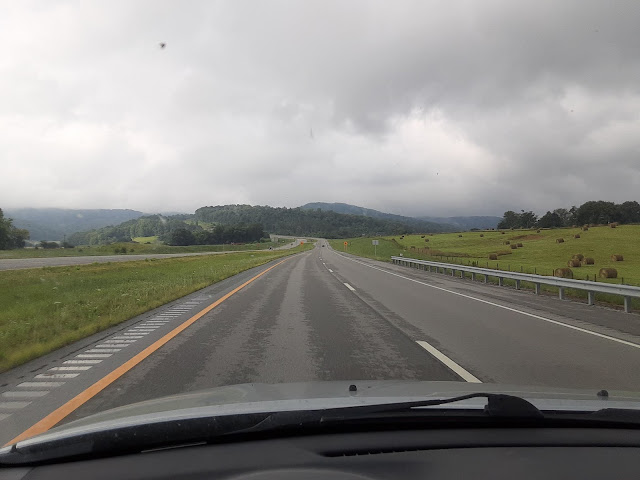 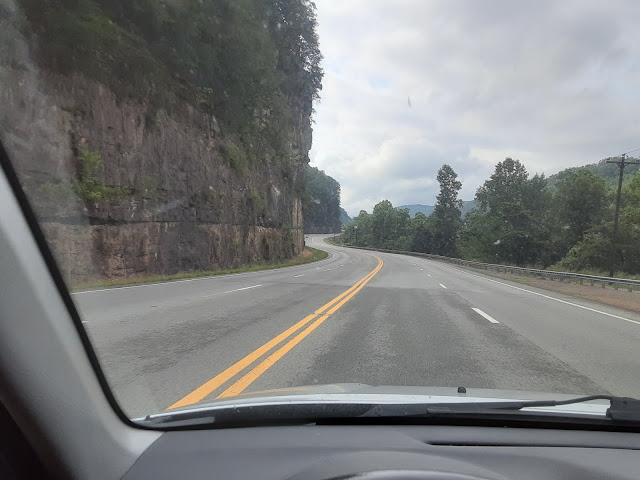 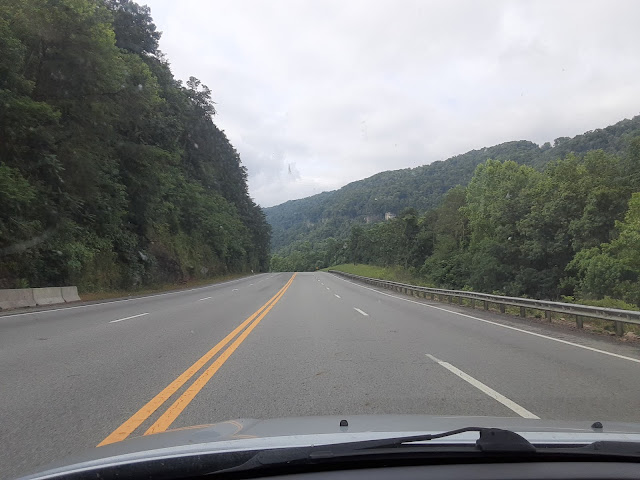 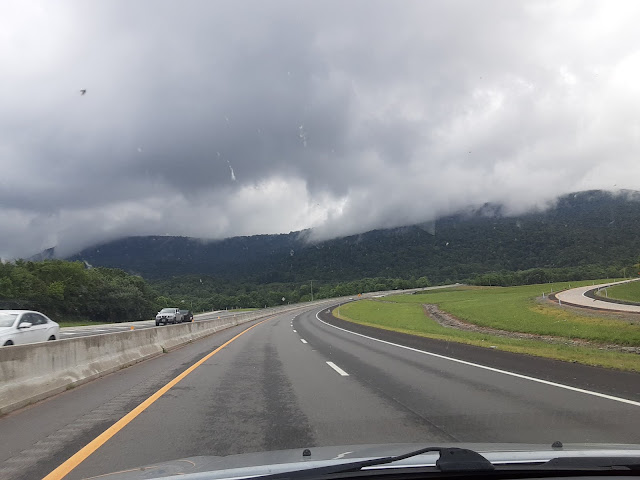 I don't remember exactly where these were on the way, and the windshield was a tad dirty, but as I said, they don't look too bad.
I got a brief glimpse of the Sequoya Nuclear Plant, and was hoping that the highway would turn back that way for me to try and get a picture, but it ended up going the other way. Still a neat sight though.
************************** 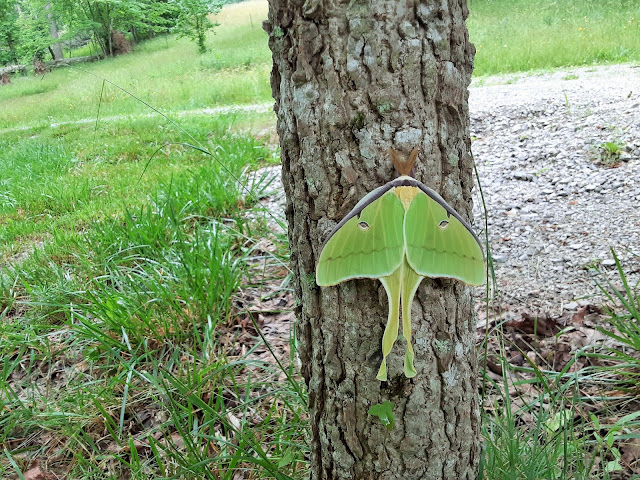 It's been a few years since I last saw a Luna Moth (whenever the last time I posted a picture on here of one was), so it was pretty cool to spot this one a few weeks back. She (I don't know it's sex, but I'm gonna call her a she) wasn't the biggest one that I've seen, but was still a good 4" long, and wasn't showing any signs of decay yet (they only live for like a week, and will often be spotted clinging to things with parts of their wings rotting away -- it's both sad and gross at the same time).
In other nature news: 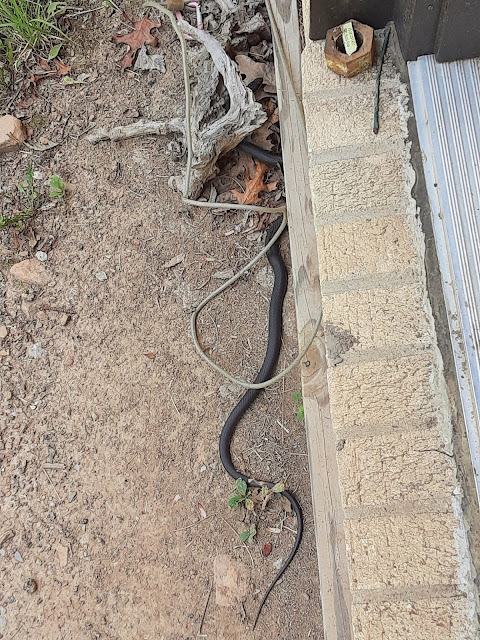 We have had a LOT of black snakes around the house this spring/summer, which isn't a bad thing, as they keep the rodents at bay. I don't normally take pictures of them, but this one was right under the laundry room door. Thankfully I always look before I step out. It was kind of funny too, after he ( this one was a "he" to me) saw me, he hid his head under the piece of creek driftwood at the top of the photo, like maybe I wouldn't notice the rest of his two and half foot body if I couldn't see his head :)
************************** 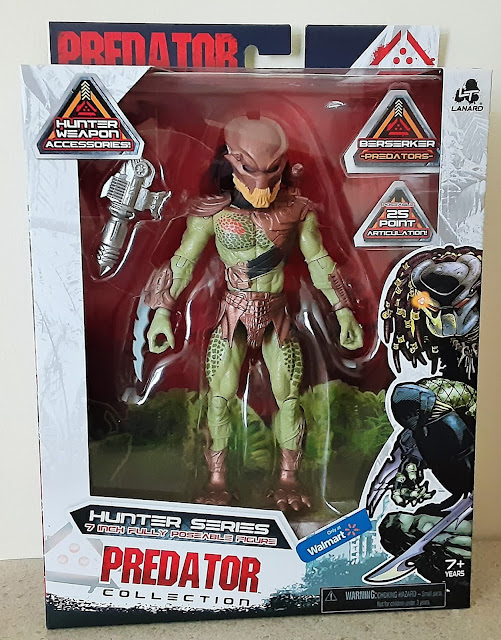 Card collectors lamenting over not being able to find unopened retail product has been a daily occurrence for over a year now. I don't get it, but the Walmart that I go to never ran out of cards, and always has boxes out for whoever. I couldn't tell you what those boxes (and packs) are, because I never go in for a closer look, but they are there. My problem has been that the store rarely ever gets any of the cool new toys in, and when they do, they're gone almost as fast as they're put out. Imagine my surprise then when I actually found this Berserker Predator from Lanard's semi new-ish Alien/Predator line last month. The Alien figures look like poo, but from what I had seen online, I knew I'd want the Predator figures if I ever found any in person. This was the only one that was on the peg, but it was the one that I wanted the most, so if I was meant to only ever find one, I'm glad that it was this one. 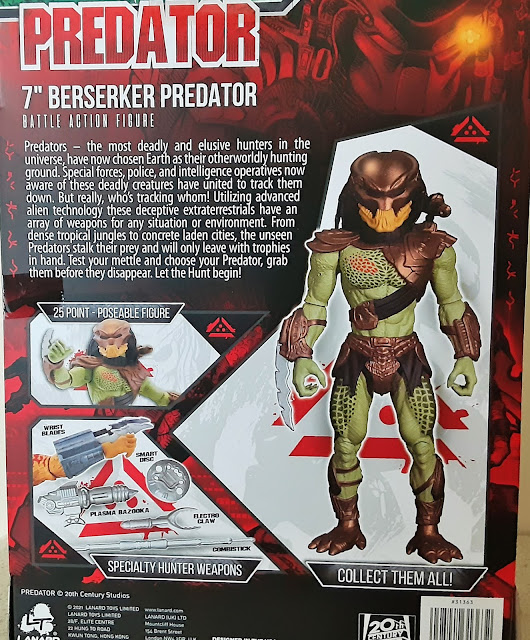 He'll be coming out of the package at some point, but for now I've just been enjoying him like this on my desk.
***********************
A few of my blogging friends have been kind enough to send me a few packages in the last couple of months, and I received an order from the Baseball Card Store not too long ago. There's been a few purchases from eBay as well, and some TCDB trades, so I've got no shortage of material in the weeks to come. Hopefully there'll still be a few people around to see it.
Posted by Jon at 7:20 AM