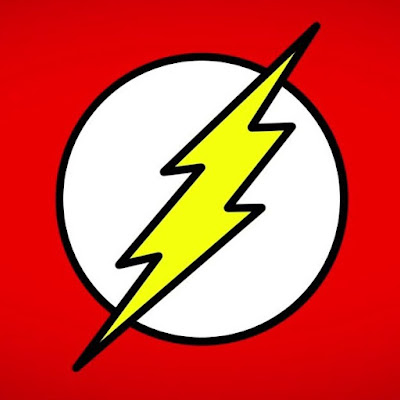 I hadn't intended to go so long without doing another one of these, but then again, I hadn't planned on stepping away from the blog for a couple of months either, so...
Since I'm sure that there's more than a few people out there who didn't see the first one back however many months ago it was, or who did, but have simply forgotten, I thought a quick what's what might be in order.
The idea itself is pretty simple, each post contains a card (one that I hope will be considered to be worthy of this kind of giveaway) that's up for grabs, and to get it, all you have to do is be the first to correctly answer a question (one that will usually be easy enough to find via an internet search) about the player, or the card itself. Oh, and these posts aren't scheduled for any particular time or day, so they could pop up at any time, hence the "Flash".
The only rule, so to speak, is that in order to make sure that the same person doesn't win every time, the winner of the previous freebie has to sit out during the current giveaway, but will be eligible again for the next one. So, for example, Brendan, won the first giveaway, and therefor won't be eligible for this one, but will be able to try his hand at the next one.
There may be a stipulation added from time to time, but that'll only be for the "better" cards, and won't likely be applicable often enough to discuss right now.
Now that that's out of the way, here's today's giveaway: 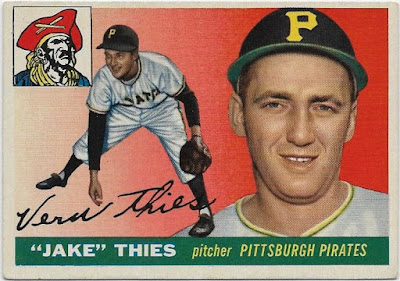 This 1955 Topps Jake Thies (#12) is in fairly good condition, with no creases, or problems with the back. So, if this card is of any interest to you, and you want to win it, all you gotta do is be the first person to correctly tell me (down in the comment section): How many HRs did Jake give up in 1954?
*This post will probably be going live right around the time I go to bed, so if there is a winner, I won't be confirming it until tomorrow morning.
Posted by Jon at 6:54 PM