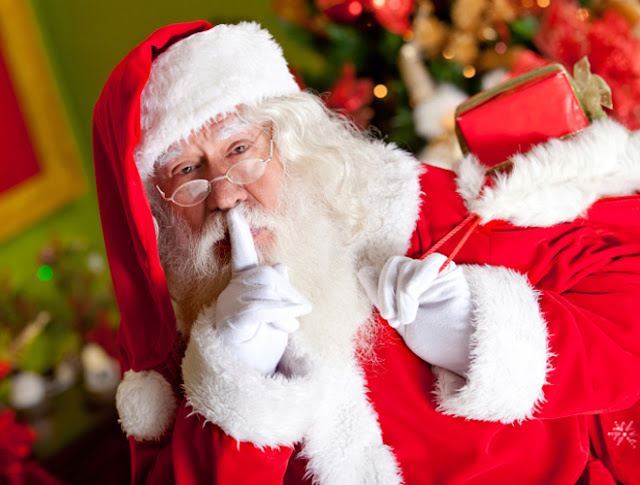 Back in 2016, Matt, of Bob Walk the Plank fame, created a Secret Santa gift exchange for all of the card bloggers, as well as friends of the card bloggers. Not surprisingly, this was met with much fanfare, and proved to be quite popular for the two years that he ran it.

As many of you know, Matt took a leave of absence earlier this year (I'm convinced that he'll come back to blogging someday), and I don't know about the rest of you, but upon hearing of his unpaid sabbatical, I couldn't help but wonder about the future of our beloved Secret Santa. There hadn't been any word as to whether or not Matt would be coming back to host it again this year, so I contacted him and asked if he was? And if he wasn't, would he mind if I hosted it? Since I'm here talking about it, you've probably already guessed that Matt gave me the okay to run it this year, and I'm very grateful for him doing so, now if I can just not mess it up.

Since Matt's original concept has worked so well, I don't see the need to change anything, so for those of you who have participated in the past, everything will be just as it's been - save for a different person hosting it.

It will be a little weird to tell whoever gets my name that they have to buy me something, but I really enjoy shopping for other people, so there's no way that I can just host it and not participate in the exchange too (hopefully that doesn't bother anyone).

New participants might be wondering if there are any rules, there kind of is a few, but there not terribly difficult to adhere to, so don't worry. [note: the first two points were copied verbatim from one of Matt's old posts]

- The limit is $10 for the actual gift.  Feel free to add extra trade bait to take full advantage of the envelope.

- Please reveal your identity at some point to the recipient of your gift. This helps me do a nice wrap up post at the end and may help introduce some new trade partners to our community.

- Apparently there has been some problems in the past with people not acknowledging their gifts. I can certainly understand if you're too busy to write up a post (or tweet) before the end of December, but you can't tell me that you're too busy to at least send a quick email (or a DM via Twitter) thanking whoever it is that sent you your gift, so in an effort to keep things running as smoothly as possible, let's see that this past problem stays where it belongs... in the past!

I figure a week should be long enough for all interested parties to sign up. The names will then be randomized and by Wednesday night (the 14th) you'll have received an email with the name of the person that you'll be shopping for. Oh, and if you're signing up, and you and I have never had any contact before, could you please send me an email (jtef82@gmail.com) with your address.

This post is already way longer than I had planned, but real quickly, I'd like to ask all of my fellow bloggers for a favor and help me promote this via your blogs. I'm not asking for a whole post, but if you could just mention -- say at the end of a post -- that the Secret Santa is indeed happening again this year, and where it can be found, I'd be most appreciative. Matt has a much larger audience than I (as he should), so I'm just a little concerned that people who have participated in the past, and would like to again, won't even know that it's being held, if only because Matt's not hosting it this year.

I think that covers everything, if not, feel free to voice any concerns or questions down in the comment section.


Thanks for taking a moment to look at my page.
Posted by Jon at 9:11 AM