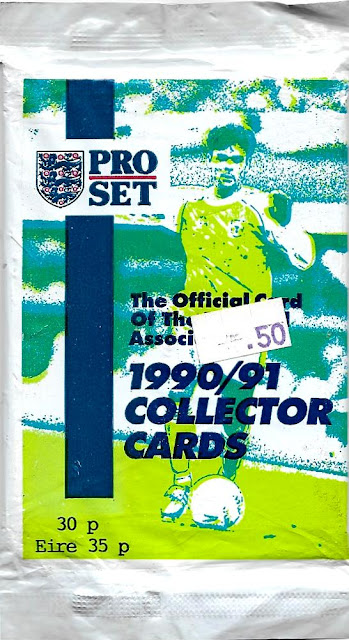 I don't know if it's important or not, but I'll state right from the get-go that soccer, or futbol, is not my thing -- it never has been, and it never will be.

I can't remember how long it's been now, but back when the Timbers first started up in Portland, I did go ahead and give the sport a chance. I think I watched their first two or three games on television, and even though I wanted to support a local team, I just couldn't get in to it. It may be the world's most popular sport, but it ain't for me, and I'm done trying to "get" it.

Nevertheless, when I spotted this lone pack of soccer cards in the $0.25 bin at ye olde "copy/print/cards on the side" shop, I couldn't resist picking it up -- twenty-five cents is awfully cheap for a blog posts worth of material, plus I can at least now say that I have indeed opened up a pack of soccer cards before.

Now for the disclaimer: As mentioned, me and soccer are not one, as such, I may have took some liberties (i.e. tried to have some fun) with a few of the cards in this pack -- so, if you dear reader are a big-time soccer fan, and are somehow offended by these attempted liberties, please send your complaints to the following address:

Now that the formalities have been gotten out of the way, let's get to rippin'! 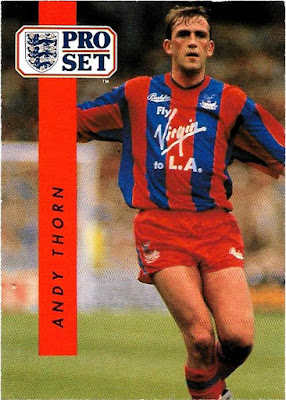 I don't know how much it would've cost back in 1990, but as of this typing, the cheapest flight from London to L.A. via Virgin airlines is roughly $557. 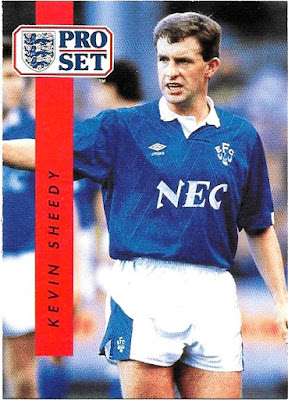 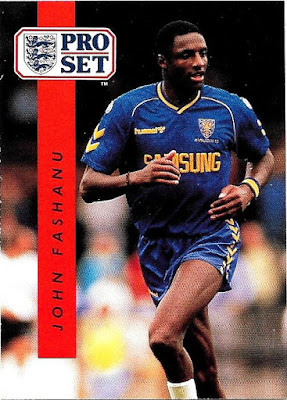 After retiring, John co-hosted Gladiators, which was a British adaption of American Gladiators. 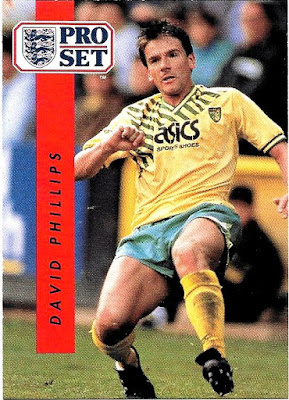 Hailing from Wegberg, Germany, David is the only player in this pack who wasn't born in the UK. Wegberg fun fact: Eight kilometers (roughly five miles) of the city's border are also the national border of Germany and the Netherlands. 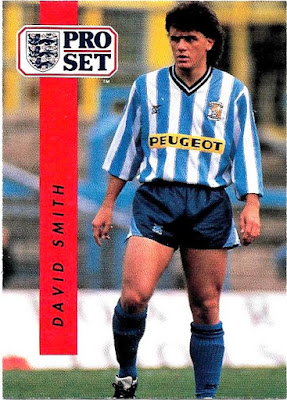 David is REALLY excited to be playing futbol. 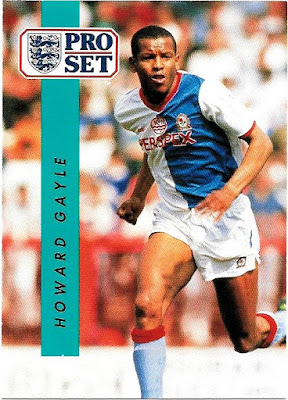 In 1977, Howard Gayle became the first black player to suit up for Liverpool. 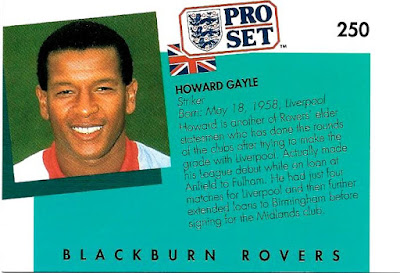 I think I like the back of the cards more than the fronts, at least they tell you which team that the player is representing. 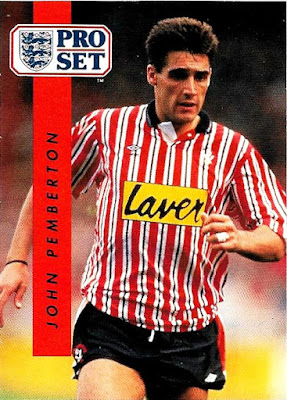 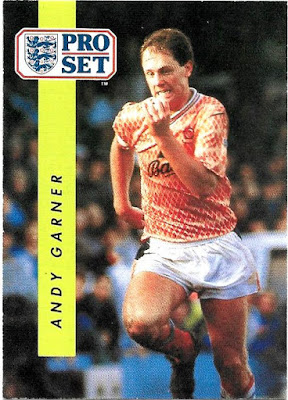 I wonder what Andy was running from? 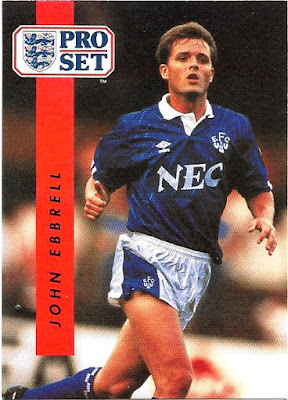 I have boxers that are longer than those shorts!

So there you have it! I don't know if it's because I'm not a soccer fan or what, but these cards were kind of underwhelming, and that's saying something, because I had absolutely no expectations going into the pack. The design is pretty blah, especially by Pro Set standards. It would be interesting to know why they were so toned down? Did soccer fans not like cards that were pleasing to the eye?

It's also worth noting that Pro Set football packs from the same year contained 14 cards, and the hockey packs had 15 cards, these on the other hand only have 9 cards per pack -- did soccer fans get gipped?

As per usual, if you see anything you like, don't be shy about saying so (a few of the cards have some sort of dimple/factory flaw). I have no plans to keep any of them, and don't care about getting anything in return, so any and all are available to whoever wants them.


Thanks for taking a moment to look at my page.
Posted by Jon at 9:38 AM