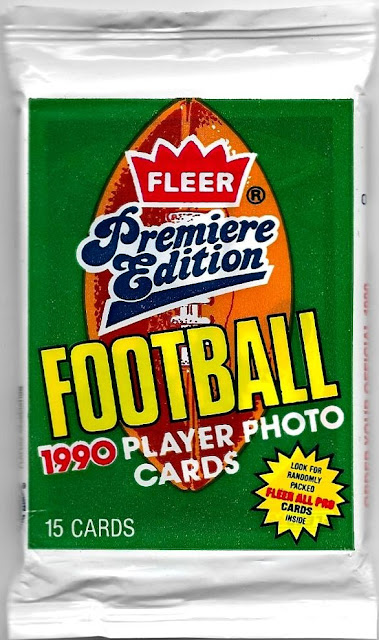 Today's pack doesn't need much build-up, as I'm sure that most card collectors are already quite familiar with the set.

Even though I bought an awful lot of this stuff when I was a kid, I found myself to be suffering from a bit of a brain fog when I was rifling through the $0.25 packs at the "card" shop a few weeks back. I couldn't for the life of me remember what this set looked like, I guess it had just been too long since I had last seen any, so I grabbed a pack to refresh the old memory banks -- knowing that I'd be getting some more cheap blog material was just an added bonus. 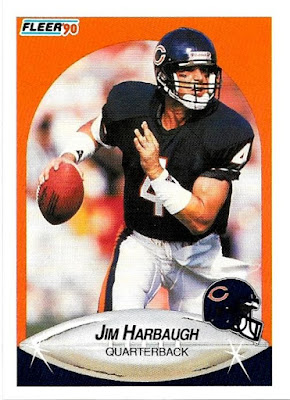 Depending on who your college football team is, you either really love this guy, or you really hate it him. Personally, I'm neutral, but I did consider his being the first card out of the gate to be a good sign of things to come. 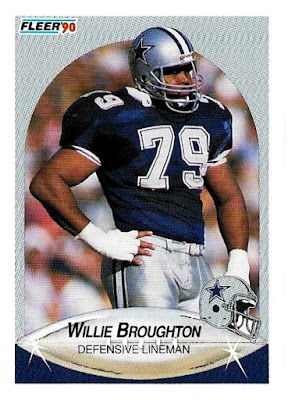 The scanner ended up adding some texture to a few of these, which dare I say... makes an already attractive design just that much more so? 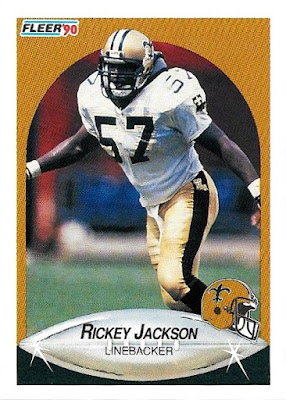 HOF'er, and 1/4 of the famed Dome Patrol. This might be a good time to start a HOF tracker, three cards in and we're up to 1. 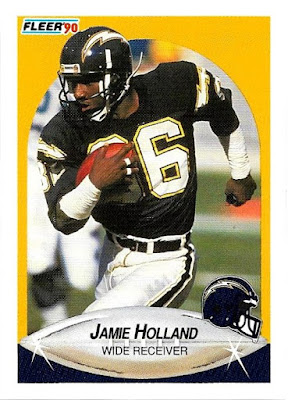 Looks like Fleer was a little behind on the times, as Jamie had moved north to play for the Raiders in 1990. And even though he's listed here as a receiver, his primary position was that of kick returner. Played six years of pro football, all six of which were spent with special teams, and pulled double duty for three as a wide out -- total number of touchdowns: 1. 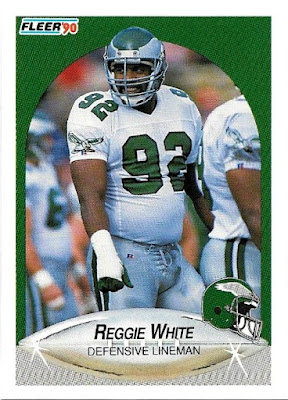 Unless I see a card of his, I will often forget that Reggie ever played in Green Bay -- which is probably a byproduct of my not following football too much during the mid to late 90's. HOF tracker: 2 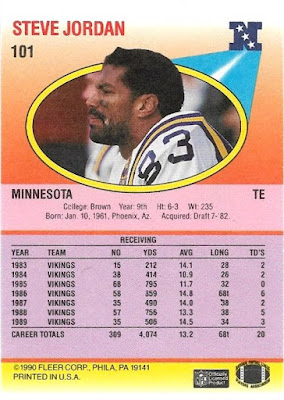 The backs are fairly typical of what Fleer was doing at the time, which I do like, although in retrospect, full career stats would've been nice, but it's not the end of the world. 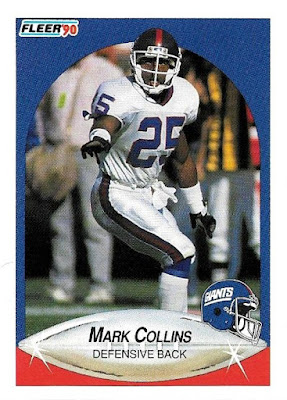 Besides winning two Super Bowls with the Giants, I don't have much to say about Mark Collins. I did however notice something interesting about the card... 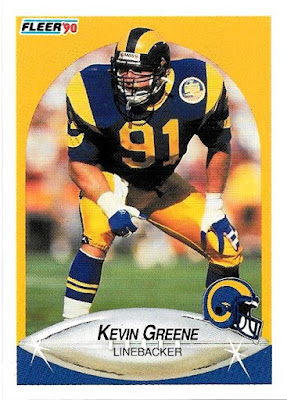 Lean Mean Kevin Greene! It might be kind of fun to start a collection of athletes who were involved with wrestling at some point or another. HOF tracker: 3 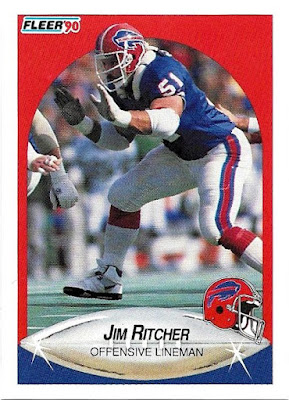 Played in four Super Bowls, didn't win any of them, but I would imagine that his life was Ritcher just for having been there and done that. 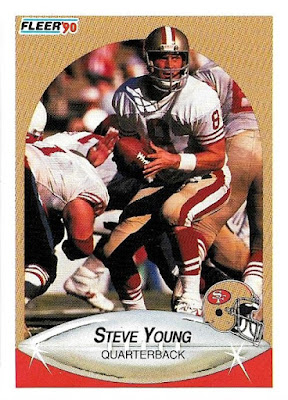 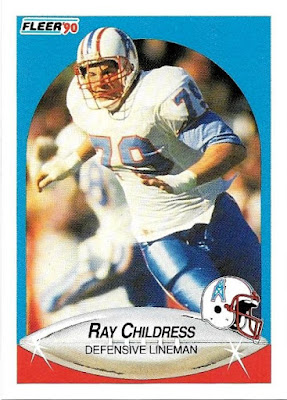 Ray would already be in the Hall of Fame if the Oilers had ever won a Super Bowl, even so, I think he still might make it at some point. HOF tracker: 5? (I know, I'm reaching a little bit here) 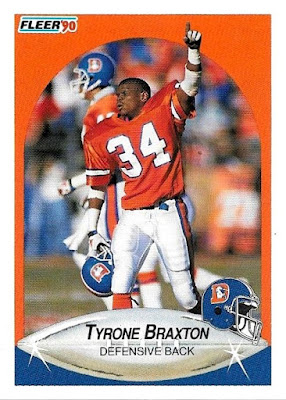 No relation to Toni, but he did win two rings, so that's something! 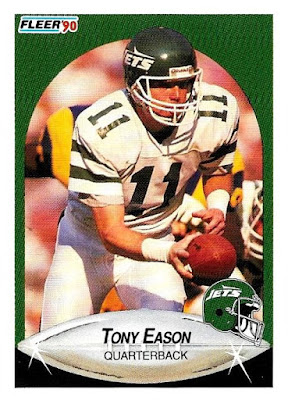 If I didn't know any better I'd swear that this was Ron Jaworsky. 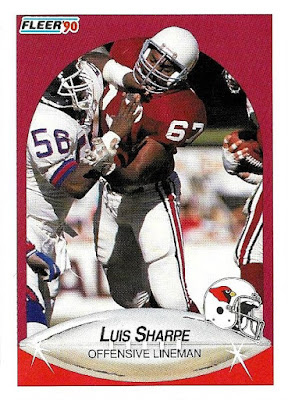 I wonder if a flag was thrown on this play? 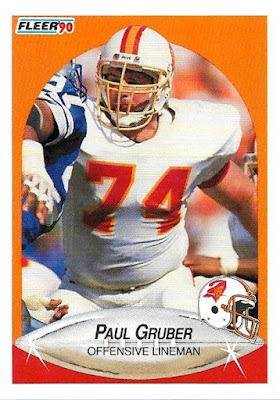 Paul was one of the best player's on a lot of bad Bucs teams, unfortunately his career ended right after the team finally started to get good.

Overall, I'd say this was a pretty solid pack, would've been good back in 1990, and was even better now. Got four confirmed HOF'ers, with a possible fifth somewhere down the road.

It had been a lot of years since the last time that I had opened a pack of these, and I really enjoyed doing so, I'm even thinking that I might have to pick up a cheap box the next time I'm at the "copy/print/cards on the side" shop.


Thanks for taking a moment to look at my page.
Posted by Jon at 8:03 AM