Give a little, get a little

Jeff, from Wax Pack Wonders, recently let it be known that he was now working on the 1973 Topps baseball set. Having about a hundred cards left from my abandoned set build, and absolutely no use for them, I was eager to see if I could help.
I wasn't able to knock off as many of his needs as I would've liked, but did find a few.
Jeff, being the sort that he is, wanted to send something in return. Not having any public want lists for Jeff (or anybody else for that matter) to peruse, I just went and looked at his 'for trade' list on the TCDB, picked out 10 possible cards, and told him that I'd be fine with whatever combination of those he wanted to send. He sent all of them, plus an additional card. He's that sort, too. 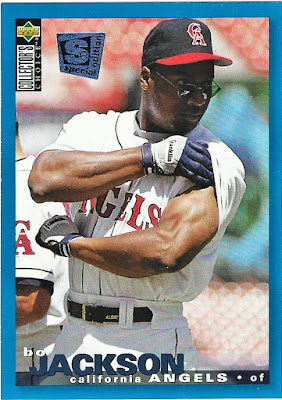 It's probably been a few years now, but at some point I got, and showed off here on the blog, the gold version of this card. Ever since then, the base and silver versions have been pretty high up on my personal want list. I didn't think it would take so long to acquire the base version, but apparently the blue border is prone to chips and dings, and most of the copies online seem to be of that variety; which is what I didn't want, so I waited, and then waited some more. I saw this on Jeff's list, and figured that if anybody was gonna have a nice copy, it would be him. And I was right, it's very nice. I would've been quite content with just getting this one back for those 73's.

Bo is one of the few players that I still actively look for cards of, and I feel fortunate to have gotten four needed cards in a single mailing. I didn't realize it until the cards got here, but the one on the right is an insert. I thought from the picture on the TCDB that it was from a subset. Nope, it's an insert, and a very subtle one at that. 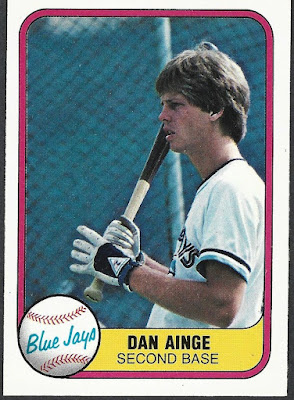 I've thought to myself many times that I'd like to complete Danny's entire baseball run, but the idea never seems get much further than that. This is the one baseball card of his that I already owned, mine has a punky corner though; this copy is considerably nicer. 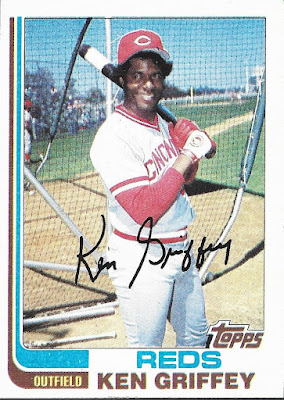 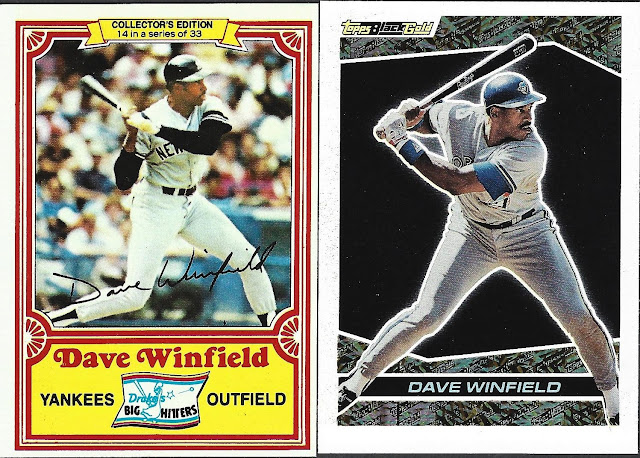 I'm not sure why, but lately I've been thinking about guys from my childhood that I should've been collecting (but don't), either from the beginning, or when I came back to cards a dozen or so years ago. Dave Winfield is one of those guys. It feels like it's too late to start such collections now, but that doesn't mean that I can't add the occasional interesting card of one of these guys to my "just because" binders. 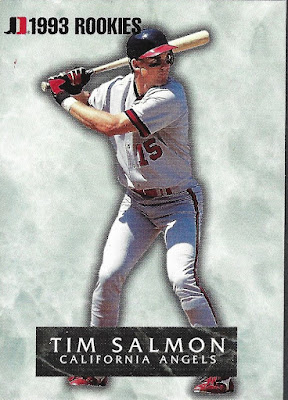 I think I've mentioned it on here before, but after noticing that I had some pretty nifty Tim Salmon cards, I went ahead and decided to collect him, at least selectively. I don't want all 10,000 cards of his, but will try to add a "good" card to his pages from time to time. I thought this one was kind of interesting, or "good" if you will. 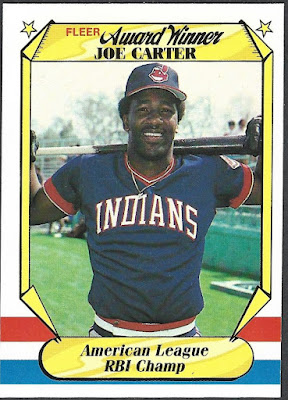 I remember seeing this card for the first time just a couple of years ago. I thought it was pretty neat, decided that I wanted a copy, and then promptly forgot all about it. I saw it again somewhere recently, and was even more enamored with it than I was a few years back. Finding it on Jeff's trade list just a few days later seems pretty coincidental, like it was just meant to be. Joe Carter is another guy that I should've been collecting. If it weren't for Bo's Gun show, this would've been my favorite card of the bunch; it is a very close second though. 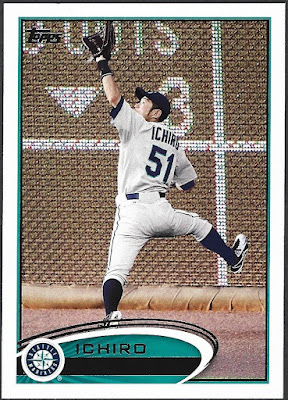 Here's the extra one that Jeff threw in. I have 2 ½ pages of this card in refractor form, on e whole page in golden sparkle form, and maybe another pages worth of it's various parallels. I haven't put it away yet, but I think that this is only the second copy of the base version that I have. I should probably get at least one pages worth of this one too. This was a nice surprise, very unexpected it was.
Not being overly focused on acquiring cards right now, I'm more than happy to send things out and not get anything in return (I tried to do so in this instance). That being said, this was a cool bunch of cards to get in return for some others that I no longer wanted. If they could always be like this, I might actually try to get stuff in return more often.
Thanks again, Jeff!
Posted by Jon at 9:28 AM