Before I jump into today's offerings, I just wanted to say how pleased I was to see that Brian decided to start up his own series of "Free Stuff" posts. It sounds like he'll be doing them a little more often than me, so be sure to keep an eye out for his giveaway posts, I certainly will be :)

I've sent out all but one of the claims from the inaugural Free Stuff Friday, and am currently working on that one, so since I'm basically caught up, I figured I might as well toss out another batch of free cards -- all baseball this time, and mostly of the food issue variety.

I know I covered it last month, but just in case anyone new wants to participate, everything in this post is free for the taking (no strings attached), the only thing I ask is that you claim cards for your collection, as I'm not looking to help build up anyone else's trade stash. Also, not mentioned last month, Canadian residents are more than welcome to participate, but your claims have to be able to fit inside a PWE, I can't afford to ship everyone else's stuff out if I'm having to pay the ridiculous prices that it costs to ship bubble mailers across the border -- I don't know what happened, but it didn't used to be so expensive to ship to Canada?

I think that covers just about everything, so let's get to the free stuff! 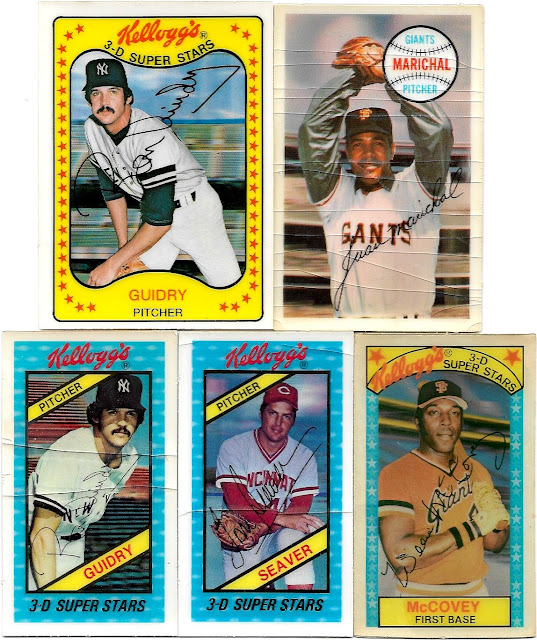 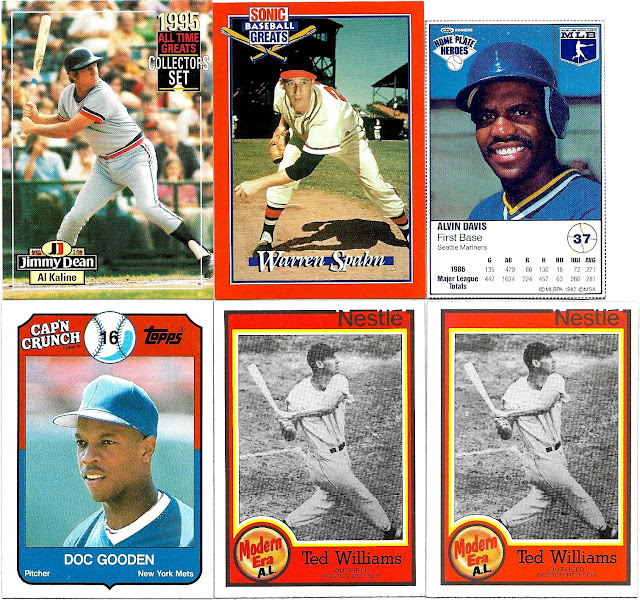 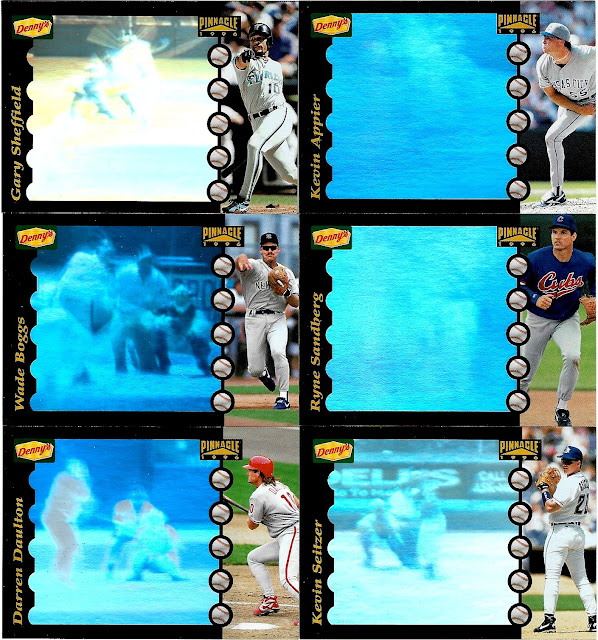 Denny's holograms. Update: All have been claimed.

More Denny's holograms, plus a fun "how to view" card. Update: All have been claimed.

I think that all of these came from repacks. Update:Yogi and Brooks have been claimed. 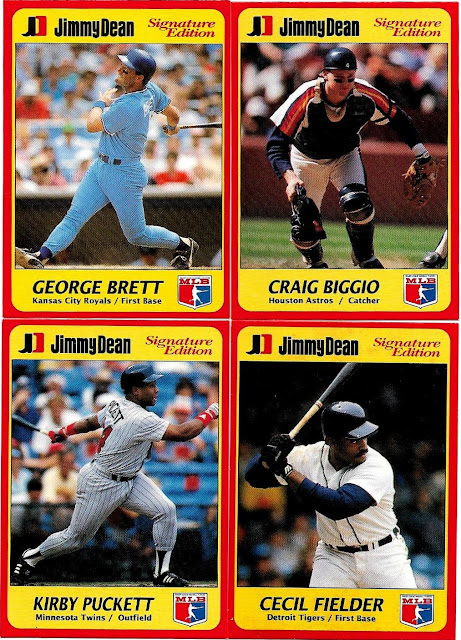 Sausage cards? Update: Biggio, Brett, and Puckett have been claimed. 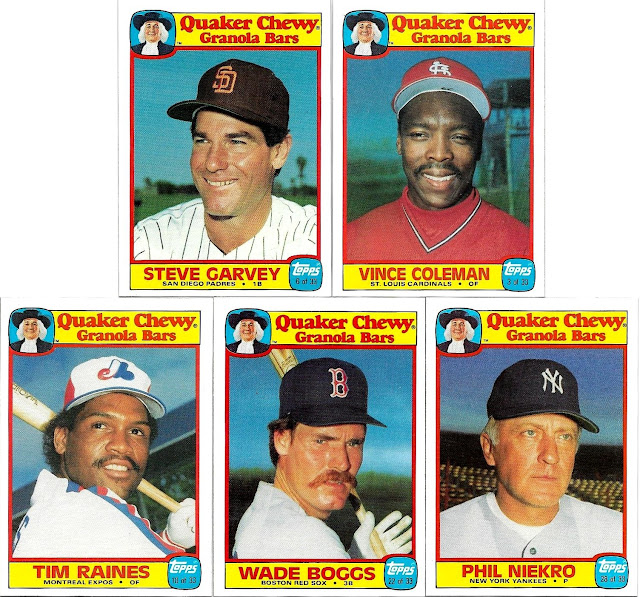 Despite the name, these are not chewy. Update: Boggs has been claimed. 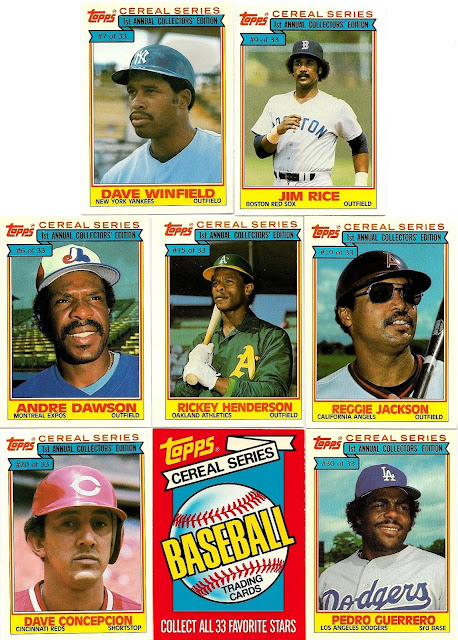 I wonder what "Topps cereal" tasted like? Update: Dave, Jim, Pedro, and Reggie have been claimed. 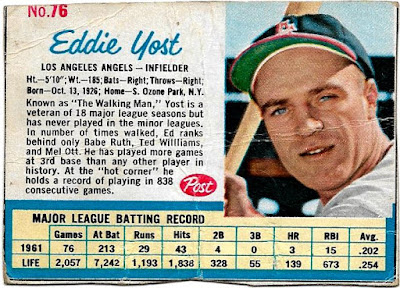 1962 Post with all kinds of problems. Update: Eddie has been claimed. 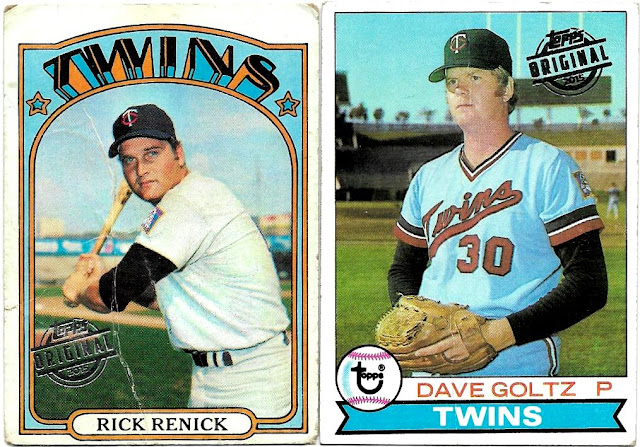 Well loved buybacks. Update: The buybacks have been claimed. 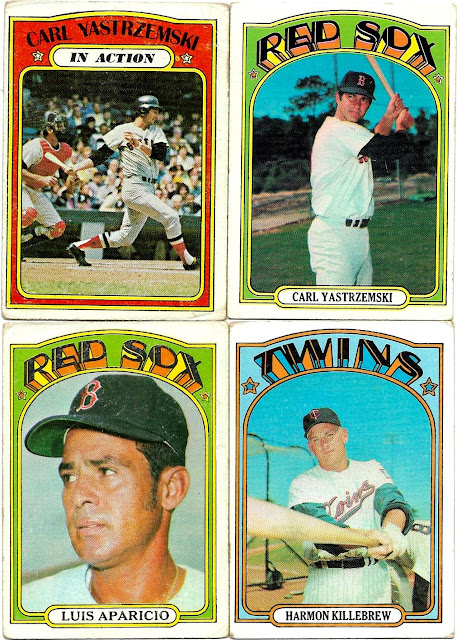 Some vintage non-food stuffs. These all have corner/edge issues. Update: All have been claimed.

A few more big names, Callison and Kaline both have creases, and Robinson's got some non-crease problems. Update: Al and Brooks have been claimed.

So there you have it! If there's any interest, feel free to start claiming away.


Thanks for taking a moment to look at my page.
Posted by Jon at 8:28 AM