It was fun while it lasted 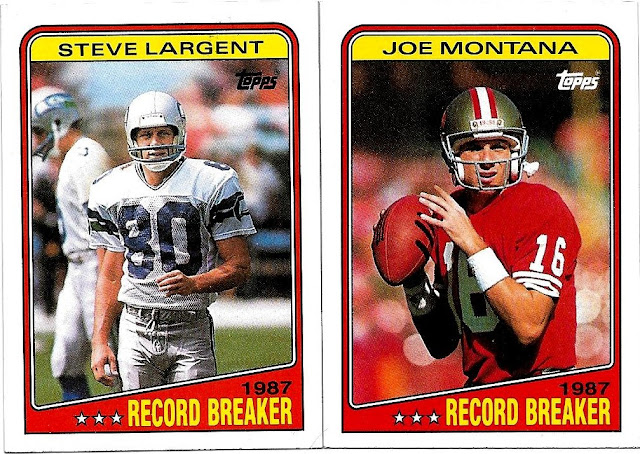 Even though it's been a few months since they ended, I'm fairly certain that everyone remembers Rod's (Padrographs) month-long (two-month long?) stretch of daily giveaways, yes? If you're somehow not familiar with them, well, that sucks for you, because they were something that the blogs had never seen before, and unless Rod decides to do them again, they'll probably be something that the blogs never see again.

Seeing as I'm here talking about them, and have written about them before, I obviously do remember them, although my brain keep trying to trick me into thinking that they were a summer event, which is interesting since they happened this year, and it's not even summer yet (although weather wise, it kind of already is here in the south). I guess in the long-run though, it doesn't really matter when they happened, all that matters is that they did happen.

I, like a lot of other folks, was able to pick up a number of neat cards thanks to Rod's daily dose of generosity. I'm feeling a little lazy right now, so I won't be providing a link to my previous post of goodies from Rod (you can probably find it if you need to), but suffice to say that it was full of good stuff, and today's group of claims isn't so bad itself.

I've already shown the 2020 GQ Babe Ruth (last week in day 2 of Tim's 7-day challenge), which might just be my favorite card that I acquired from Rod. And there's the pair of '88 Topps that I led off the post with. As a set, I'm not overly enamored with it, and I've never owned very many cards from it, but this duo was hard to pass up, especially the Largent.

Junior was a fairly common sight amongst the daily offerings, and after awhile it felt like my claiming them became a common sight to anyone who scrolled down to the comment section. These were a put away quite some time ago, but if I recall correctly, the middle card was numbered to /10,000... pretty cool of Rod to give up such a limited card :) 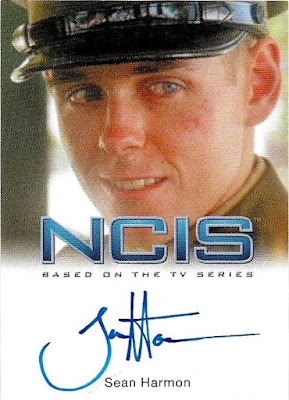 Feel free to razz me, but I claimed this card to give to my mom, and am not ashamed to have done so. Long running procedurals aren't really my thing, but my mom is a big fan of a few of them, including NCIS. She liked this card a lot, and after telling her how it was acquired, she had nice things to say about Rod, and his generosity.

That'll do it for the last of my claims, but the post isn't over with yet, no, you see a week or so after my last envelope from Rod showed up, another chunky PWE arrived from Portland, and was full of nothing but... 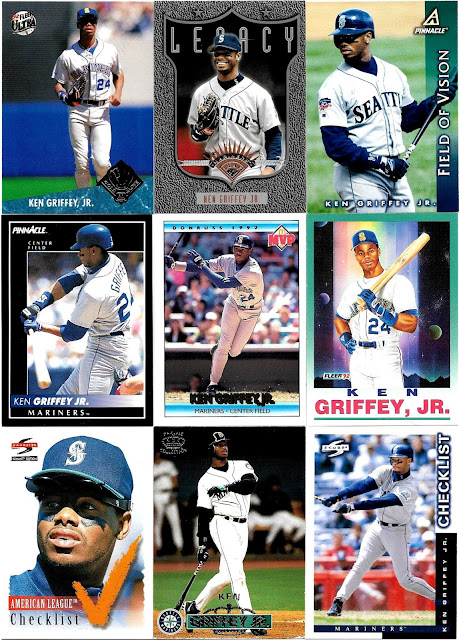 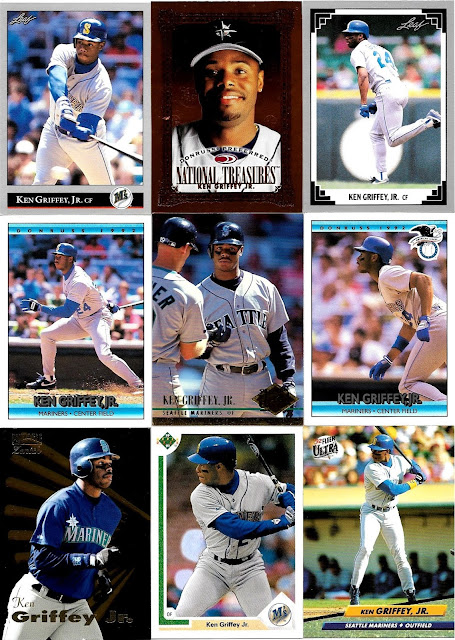 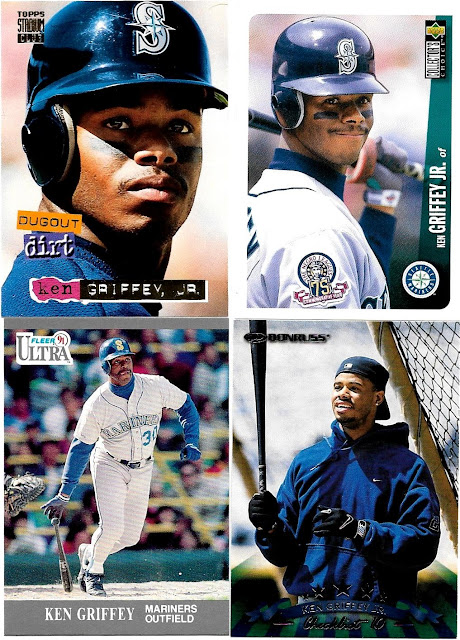 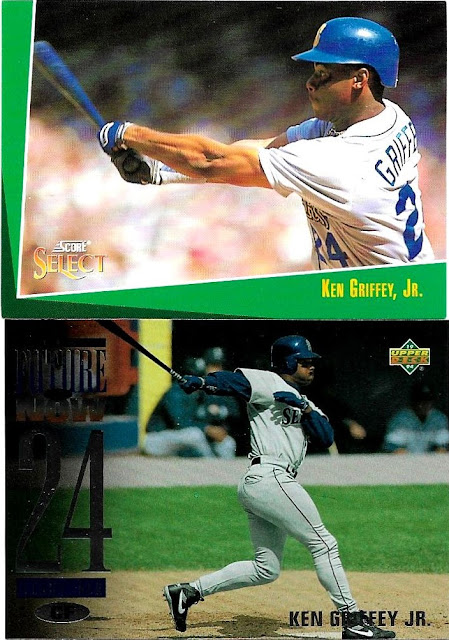 This was a very unexpected, and very appreciated, surprise -- and one that I won't soon forget.

I owe Rod much, and once the card shows fire back up, I'll be doing my best to repay Rod in kind, and not just for what I received, but also for the selfless act of the giveaways themselves, as they came at a time when a lot of people needed their minds taken off of all the doom and gloom, and for that he should be praised... as well as be sent lots of cool things. Thanks again, Rod!


Thanks for taking a moment to look at my page.
Posted by Jon at 8:34 AM