Vlad to know you

I've talked about the greatness that was (were?) Rod's daily giveaways, on multiple occasions now (including just last week), and have already covered all of the obvious reasons as to why they were so awesome, or at least I thought I had -- my goldfish memory has let me down again, as I had already forgot about the whole "bringing people together" thing. That was a thing, right? I'm guessing that a few people are shaking their respective heads quizzically, but it had to be a thing, because without those daily freebies, I may have never connected with, Tom, from The Angels, In Order.

I had been following Tom's blog for what's felt like years (and there's good chance that it has been actual years now), and commented on a number of his posts, but had never had the pleasure of having any extracurricular contact with him, at least not until I commented on a thank you post that he had did to Rod for some stuff that had been acquired from those daily giveaways, which subsequently led to an email from Tom, and thus the extracurricular activity between Tom and I... was born! 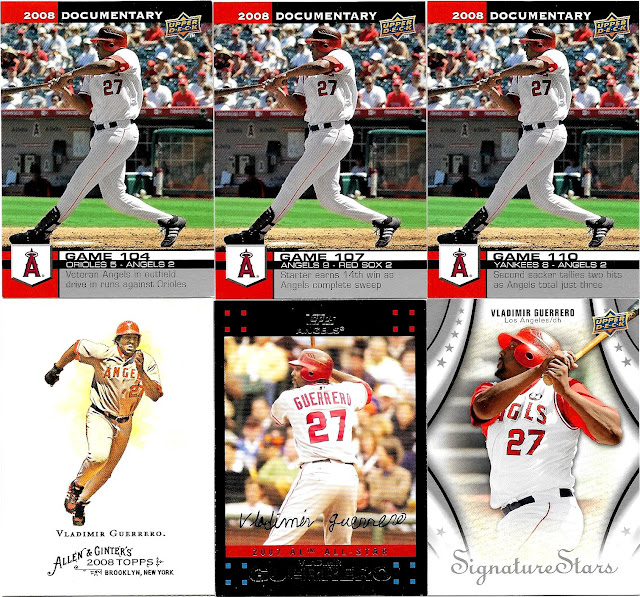 Since part of his post, and all of my comment, had been about Vladimir Guerrero, Tom offered to send along some of his duplicates (he's one of the preeminent Vlad collectors among the bloggers in case you didn't know) for my very recently started collection, and after looking at his want lists and seeing that I'd be able to reciprocate, I decided to go along with his offer.

I've seen those 2008 UD Documentary cards on more than a few occasions, but don't really know what the deal with them is. Judging by the card numbers, I'm guessing that it's a very large set, and given that the three cards that Tom sent are within seven numbers of each other, I'm assuming that Vlad has a few more cards in the set, all of which might contain the exact same photo? If so, I'm kind of hoping that he doesn't have like 40 cards in the set, as that might start to get a little boring after about the tenth or eleventh card. 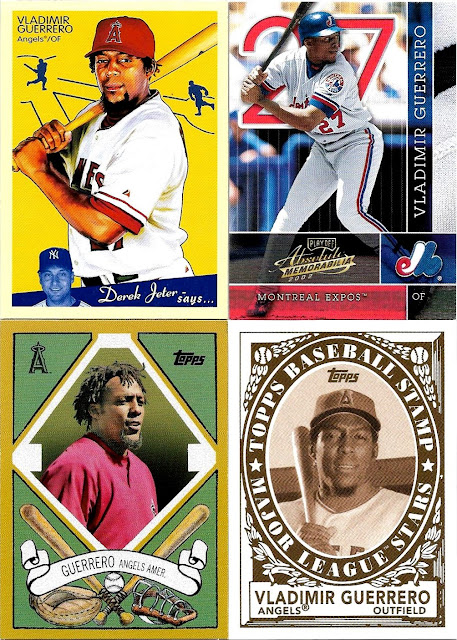 Topps sure has done a lot of throwback sets. Of the three that are represented here, I think the '34 Goudey would be my favorite, although it would've been better if someone other than Derek Jeter could've been doing the says-ing.

Another throwback design, and not one that was done very well, but the card is new to me, so I won't complain about it's look too much. 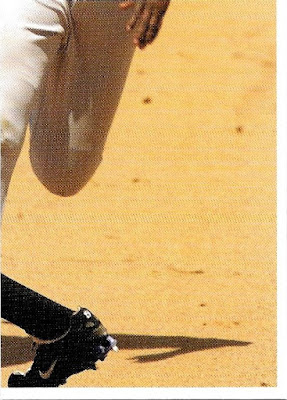 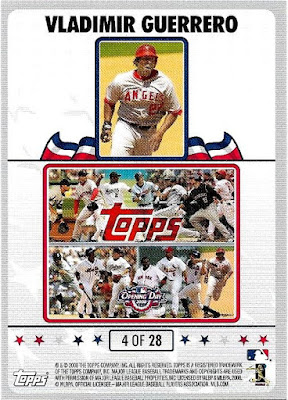 Uhh... he's got legs, and uhh... he knows how to use them? I can honestly say that I've never been sent a leg card before, but I guess there's a first for everything.

Thanks again for the cards, Tom! And thank you, Rod, for indirectly being responsible for Tom and I's finally connecting.

I got another package last week that was sort of related to Rod as well, in that it came as direct result of my first post of claims from Rod's giveaways, where I mentioned that I had Vladimir Guerrero to list of player collections, which, Bo, of Baseball Cards Come to Life! fame, saw, and commented that he might have some extras to spare, and apparently did. 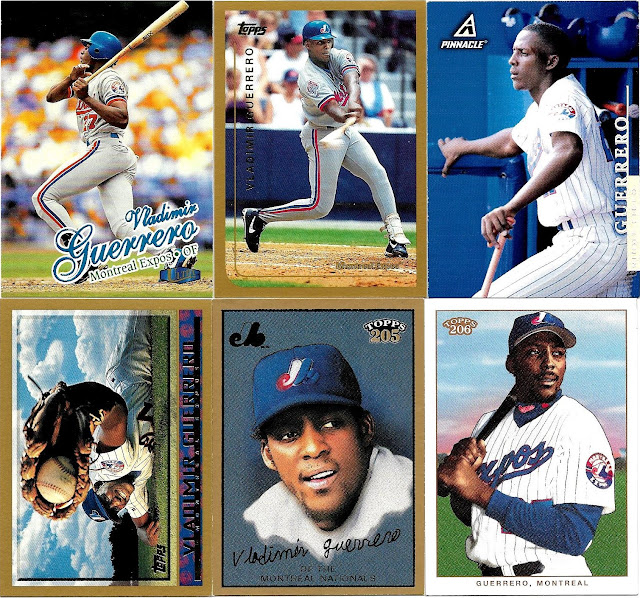 Bo and I are no strangers to sending things back and forth, but this was the first time that he had sent any Vlad's, all of which were greatly appreciated. I got a duplicate of the on-the-ground Vlad, but that's okay. More throwbacks too, Topps really must've been running low on ideas there for a few years, although from an aesthetic standpoint, the T206 is pretty nice. 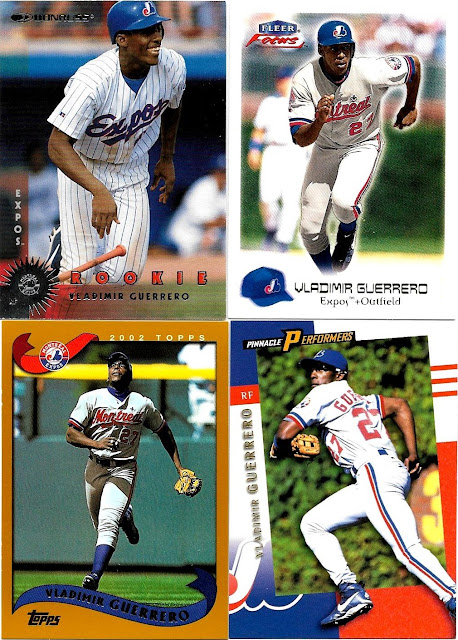 I haven't looked into yet, but I'm thinking that Vlad has a lot of "rookie" cards, which I'm basing solely on the fact that I seem to have a quite few cards of his that say "rookie" on them. 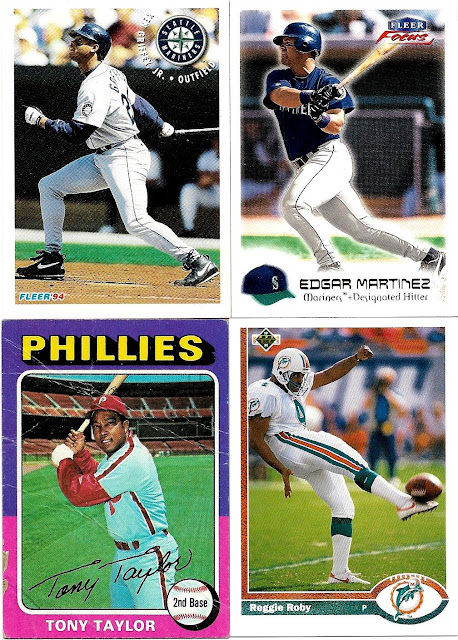 Bo also sent along a few non-Vlad cards. The Edgar Fleer Focus is really nice, and the '91 UD Roby is greatly appreciated, especially since it was glaringly absent from the box that I opened a couple of months ago. I'll need to replace the Taylor at some point, but who know whens that'll be, as I don't see me hitting a show anytime soon, and to me, it's a bit overpriced on COMC, so it might be awhile before I can procure a better copy.

Thanks again for the Vlad's, as well as the non-Vlad's (especially the Roby), Bo! Between you and, Tom, and the inserts that I already had, this collection's really picking up. And thanks again to, Rod, as his giveaways did lead to this package as well, and had he not done them, this 2/3 of this group may have never made their way to me.


Thanks for taking a moment to look at my page.
Posted by Jon at 9:34 AM