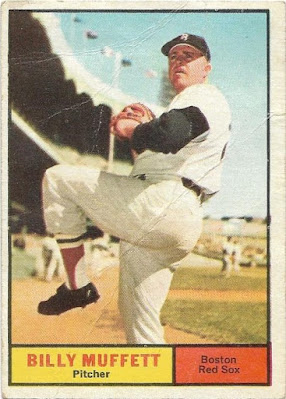 Even though it hadn't been planned, my two months away from the blog seem to have done me a world of good. It has rejuvenated my interest in blogging, enough so that I dare say I'm currently enjoying the blogging process more than I ever have.
A lot of this renewed zeal comes from the starting of my second blog, and the prospect of a third coming soon (all I need is a name?). But I think that the excitement from those will carry over to this one as well, at least that's what I'm hoping. This old blog has been in need of updating for quite some time now, some new life if you will.
One of the bigger changes has been, and will continue to be, is to no longer waste time (yours and mine) on every single item that rolls through Penny Sleeve Station. The only exception to this will be when another blogger, or someone associated with the blogs, takes the time to send me something. Which leads me to my next point...

The only negative that I can think of in regards to my being away from the blog for two months, was that I wasn't giving proper thanks (aka public thanks) to the friends who spent the time and money to send me stuff. For example, Bo, the ghost sign specialist of Baseball Cards Come to Life! fame, came into possession of an extra '61 Billy Muffett, and even though it's a little rough, I had to have it. Bo obliged, by not only sending along the Billy Muffett - my 27th copy by the way - but was also kind enough to pad out the rest of a PWE with some more items of interest. 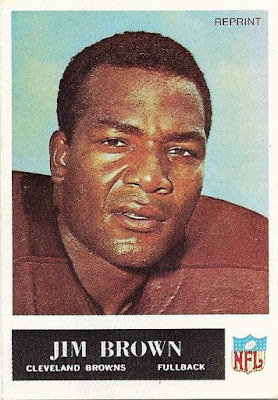 Jim Brown is always a welcome sight around these parts. Originals would be better, but reprints won't be turned away :) 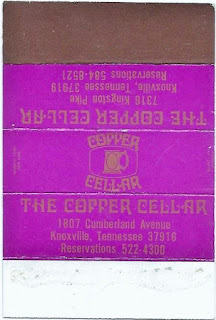 I've acquired a few matchbooks this year, which has been a few more than I've ever acquired. Is Bo responsible for this? Maybe. Am I now collecting matchbooks? NO!!!! Is Bo trying to push me towards matchbook collecting by sending this matchbook? I don't know, you'll have to ask him. Do I appreciate the thought behind sending this particular matchbook? Yes, of course, I do!
I don't go to eateries, but I am quite fond of Knoxville, and am now thinking that in honor of Bo, I should go by this place and take a picture of it with the matchbook. Wallet matchbook photo? 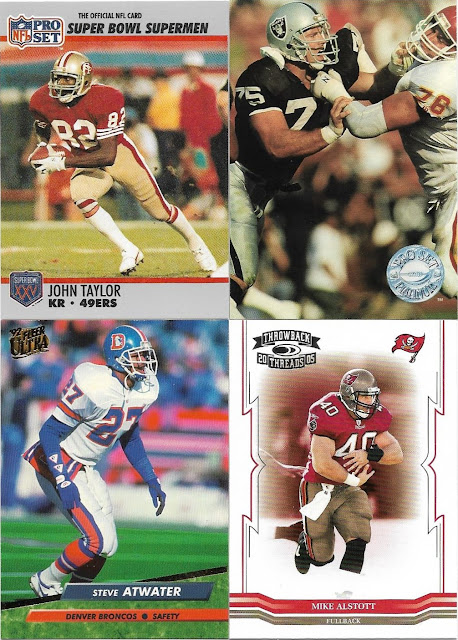 I never kept track of such things, but I think the only person who's sent more stuff down here than Bo, is, Chris, the hopeless romantic behind The Collector, and The 1993. 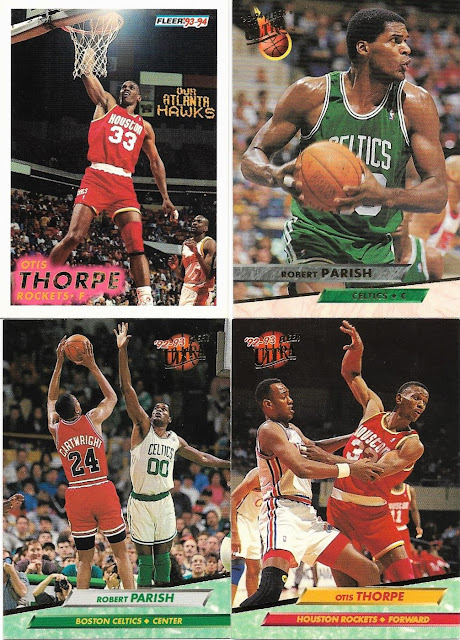 This particular round included some cards directly from my TCDB wantlist. Top honors go to the '92-93 Parish. Robert Parish v. Bill Cartwright are the kind of battles I miss, and the lack of anything even close is partly responsible for me not being able to watch basketball these days. 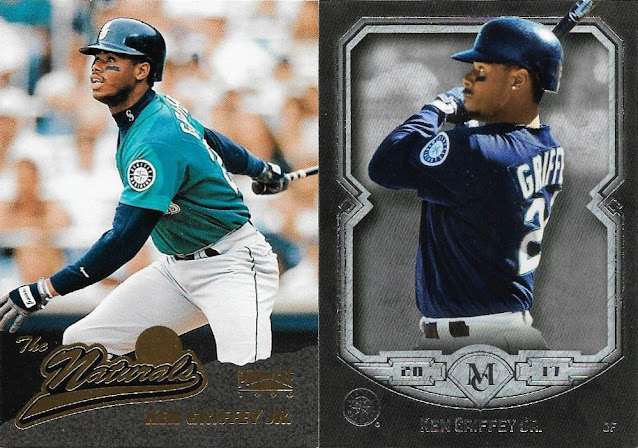 Along with 8 of my wants came this pair of Juniors, both of which were new to me. Not going to shows anymore, the only time I see Juniors is when someone sends some. I suppose I could try to trade for some on the TCDB, but he's one of those guys who's cards are much more fun to find in person, and buying or trading for them online just isn't the same. Does that make any sense? 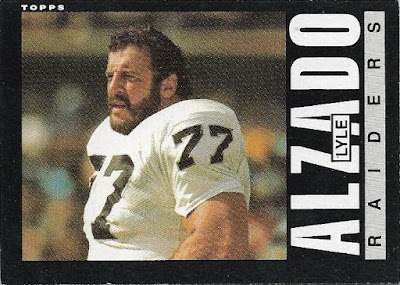 It's only taken 14 years, but I was finally able to participate in a Time Traveling Trade with, Matt, the Clown Prince of April Fool's from, Diamond Jesters. I collect a lot of stuff, but other traders seem to always be sending him everything but what I collect. That was until some months ago, when this wonderful Three-Mile Lyle showed up, which was just icing on the cake for the card that I really wanted (and yes, that's a second plug for the new blog!). 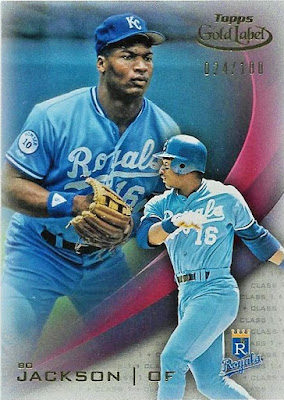 Another popular series of trading posts that I hadn't been able to get in on, are (were?) the weekly trade bait posts from, Johnny, of the recently silent, Cards from the Quarry. Despite never having been a huge fan of the Gold Label line, I knew immediately upon sight that I had to try and get this semi-low numbered Bo parallel. Thankfully I had enough trade bait of my own to make it happen. 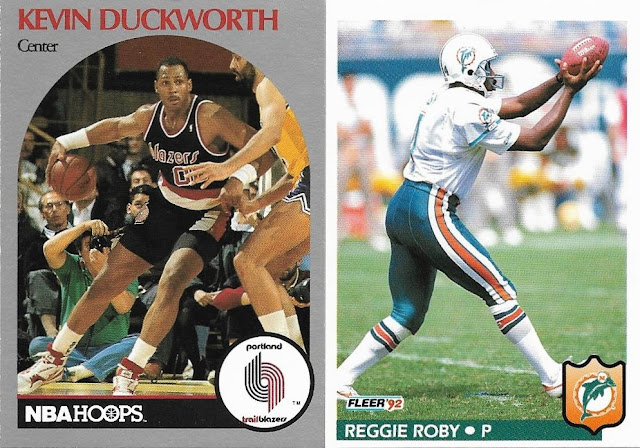 I have had probably close to fifty copies of this Duckworth over the years, but now when I finally need one, I found myself without. Johnny was kind enough to rectify that, and he even sent along a much needed Double R too. 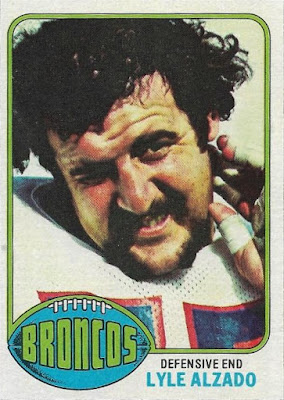 I can't remember when I did it, but at some point earlier in the year I quietly added a half-assed most wanted list to the top of the blog. It was only partially finished, and I never went back to it. I'm not sure how many people noticed it, but I know of at least one who did, that being, Greg, the eagle-eyed noticer of unnoticed things, from the far too quiet, The Collective Mind.
This '76 Alzado, which had been on said most wanted list, might've been the crispest card from that set that I've ever seen. It looked like it had come straight out of a vending box. And even though I'm not into the whole grading thing, it's pretty hard not to notice a semi-vintage card that's still that sharp. 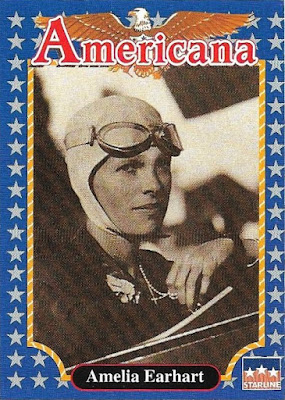 I had completely forgotten that I had asked Greg to set aside this Amelia Earhart, thankfully for me, Greg didn't! This had been a longtime want.

A healthy dose of Vlad's made up the bulk of this mailing. I pulled just a few of the fancier ones for scanning.

I almost never come across 90's Tek, so I don't even need to figure out/write down which pattern this one is, because I can guarantee that I'll never stumble upon another one. Ionix was a cool brand, and one that thankfully neither Topps or Panini will ever own. 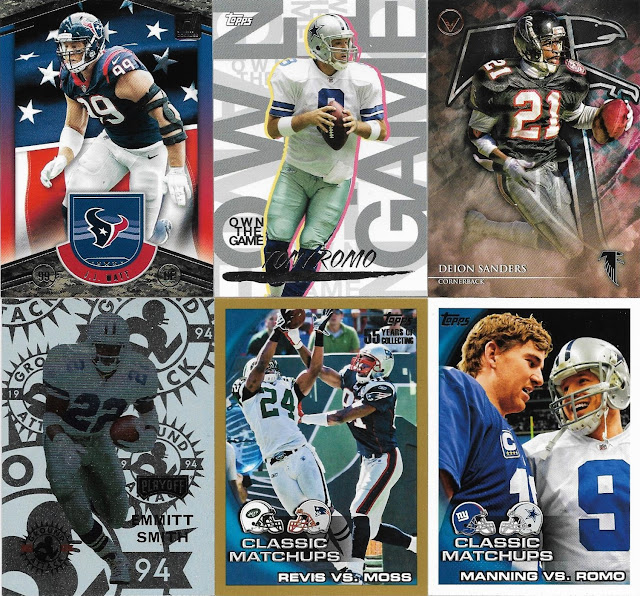 And last but certainly not least (I was trying to go in order of everything's arrival), I won a prize from, Brendan, the enigmatic proprietor behind, The View from the Third Floor.
Brendan did a months long series on his 100 favorite films (my favorite blog series of the year). There was a contest accompanying the series, one which I was all gung-ho to participate in, at least at first. After a few weeks I started to feel guilty about all of the stuff that he's sent, and the lack of stuff that I've sent in return, so in the hopes that whoever was behind me would catch up and eventually win, I stopped guessing, and just tried to comment where I could. Thankfully someone did overtake my top spot, but apparently second place got a prize too, which has how I came into this mailing. 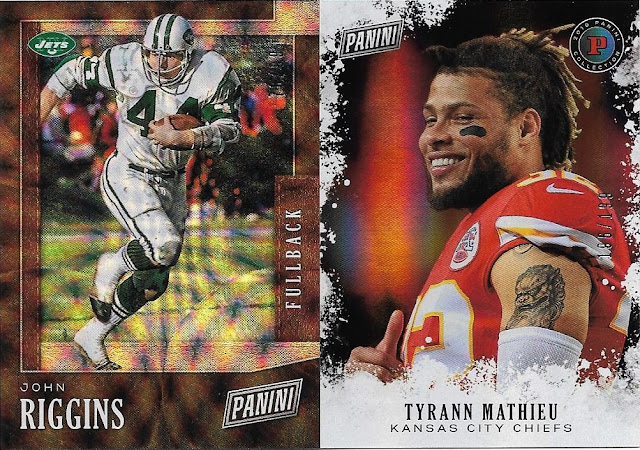 I'd be lying if I said I knew who Tyrann Mathieu is, but John Riggins I know, and collect! It's kind of interesting to see that Panini went with a Jets era photo, it's a nice change. Both of these parallels come from the 2019 Black Friday release, which apparently had quite a few more parallels than the sets early days. Despite the shitty scan, I really like the look of the Riggins in person (it's also #'d to /99 in case you can't tell), just don't ask me what the name of the parallel is. 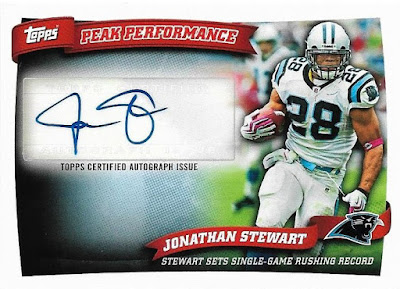 I don't know what the prize for first place was, but I can't imagine that would've been any better suited to my collection than this second place prize was. Normally I'd be less than enthused over receiving an initialed stickergraph, but J-Stew is one of my guys, so obviously that greatly elevates the card in my mind. I only had one other autograph of his, in which he's pictured as a Duck. And now I've got the Panthers covered, I just need to see if he's got one in a Giants uni to complete the trifecta.
Many thanks to everyone who's traded with me, allowed me to win a prize, or who's sent something just because over the last few months. Everything has been most appreciated!
Posted by Jon at 9:04 AM