Happy birthday to me

For someone who generally doesn't like to acknowledge their birthday, or for anyone else to, I seem to be developing an odd habit of posting on said day of birth.
This makes two years in row now, although full disclosure, I hadn't planned on posting today, and am only doing so because it's the first day this week that I've been able to sit down and actually focus on "creating content".
I did another free-trial on Newspapers.com, and spent yet another week trying to accumulate as much information as humanly possible. It's really hard to do that, and attempt to put out any kind of meaningful post at the same time, hence no posts on here, or over on the new blog.
In other news, I tried to get the heat stroke on Thursday, and then felt like hot 💩 yesterday because apparently I'm still not old enough to know when to come in out of the sun. I feel fine today though, so no damage done, I guess.
It's supposed to be stormy all day today (real cats and dogs type stuff), meaning that I'll probably be stuck inside, which is about the last place I'd like to spend my birthday, but I haven't learned how to control nature yet, so what are you gonna do.
I could lie and say that the couple of cards in here today were bought as birthday presents to self, but they weren't, they just happen to be a few cards that I've picked up in recent months that don't fit in with anything else that I currently have in the works, post-wise that is. 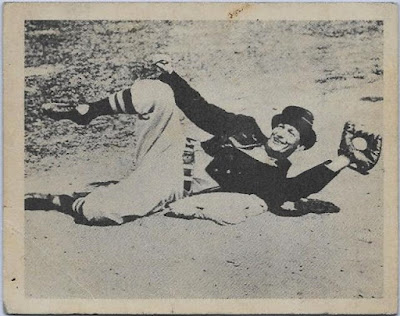 I came across an article on Al Schacht, baseball's pitcher-turned-comedian, while doing research for the already mentioned second blog, last month during my first Newspapers.com free trial, and realized that I had never seen a card of him before, which got me to wondering if he did in fact have any? Turns out that he does have a few, one of which just so happens to be the most unique card to come out of the 1939 Play ball set. And in a stroke of what can only be referred to as "dumb luck", I was able to procure a relatively cheap copy the very night that I set out to look for his cards. 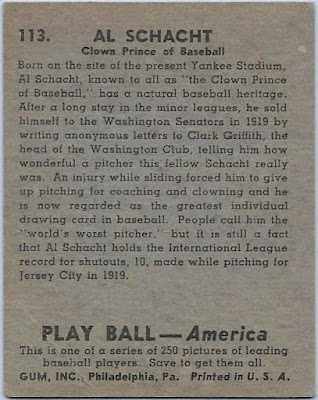 I thought about doing an entire post on Al, but he's been written about so much over the years, I didn't want to have to spend weeks trying to seek out original material, nor did I want to borrow from anyone else's research (I'm trying to get away from that). That being said, I did find one item of note, which is mildly interesting on it's own, but even more so when one realizes that it came from the same year that this card was produced:
In today's money, that's roughly $41,000 for his highest paid season of ball - which I'm assuming was in 1920, but also could've been '21, which would've been closer to $46,000 - versus the $586,000 that he was expected to pull down in 1939 for "clowning around". Looking at what the two professions pay these days, one can really see how times have changed. Whether for the better or not, I'll leave that up to you to decide. 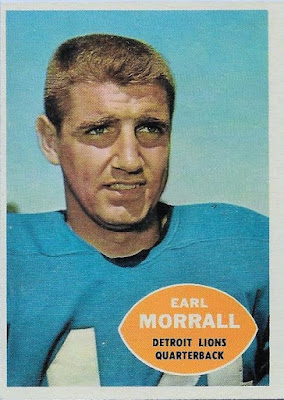 I didn't spend a lot of time doing card things during my recent two-month absence, in fact, other than buy a few cards, I can only think of one card thing that I did during that time, and that was to try and reduce some of my player collections. I didn't keep count, but was successfully able to quit collections for around twenty guys (mostly on the basketball side). Unfortunately for me though, I also started two more for, Mike Cuellar, and the unsung hero of the Dolphins perfect season, Earl Morrall. I already had a couple of cards for each guy, and have since been able to acquire a card for each collection. For Earl, it was this 1960 Topps, which admittedly isn't his most interesting card, and as for Mike's, that'll be in an upcoming post. 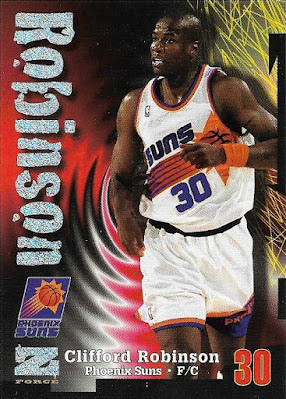 I'm not sure if it's because everyone else seemed to start collecting them again after that dumb MJ special aired last year, or if it's because I haven't attended a card show in almost two years, or maybe it has something to do with me realizing that ]cards have been overly shiny and often times, artificially limited, for more than half my life now, but a funny thing started happening last year... I began to lose interest in 90's cards, namely mid to late 90's basketball cards. I know that's probably sacrilege to today's collectors, but the appeal just isn't there for me anymore. I find myself looking at a lot of them now, and thinking, these MF'ers are directly responsible for all of the garbage that's put out today. Usually nostalgia overrides all with me, but that seems to be limited more to early 90's base cards more than anything currently. The late 90's shiny and "rare" stuff just isn't doing anything for me anymore!
I say all that, and yet I still bought one of those intentionally created "scarce" cards last month, and true to current mood, it didn't do much for me. 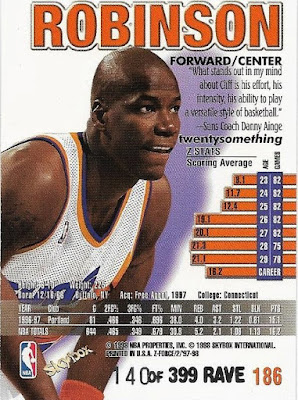 My collection for former Blazers are still important to me, but I kind of hate having to buy cards like this now for them. Even back in the 90's, or 1997 to be more specific, I wasn't overly impressed with the Z-Force Rave's. I guess it's because they weren't different enough from the base cards for me to understand the premium that they carried on the secondhand market. I never sought them out at the time, and have only bought a few since for player collections, but have never grown any more fond of them. I think Cliff is my largest player collection, so I am glad to have been able to add to it, but in this instance, it's more like I'm just glad that I don't have to buy this card again. Oh, and there is still the "Super Rave" to find, but I'm in no hurry for it to be found, at least not by me.
This ran a little longer than planned (as usual), so if you'll excuse me, I gotta go find some productive way to spend my birthday, as just sitting around on the computer all day wouldn't make for much of a happy birthday.
Posted by Jon at 6:04 AM