Here is part two of my Halloween contribution to the blogosphere.

This lot of 1973 Topps You'll Die Laughing came from the same seller as The Addams Family cards from the previous post. These were gotten for a pretty good price as well, which was probably due to the fact that they were not described very well and had blurry pictures. So I ended up with over half the set and some doubles for around $18.

Here is a small sampling of the lot: 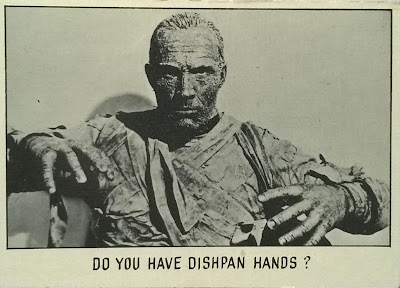 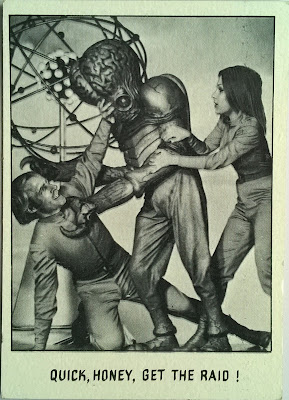 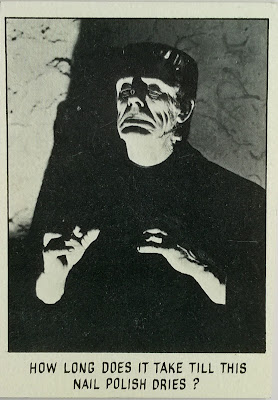 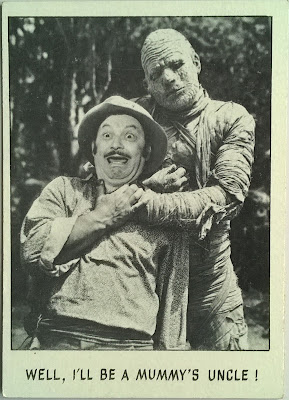 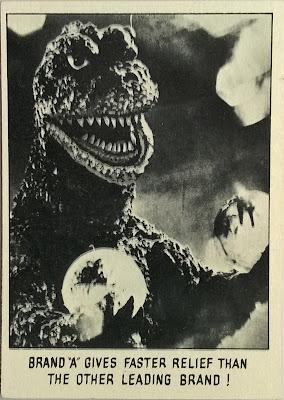 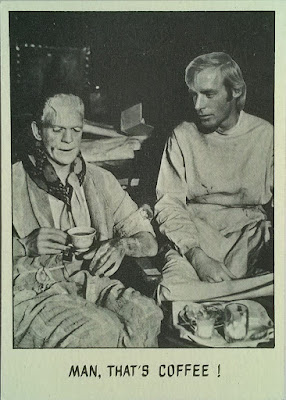 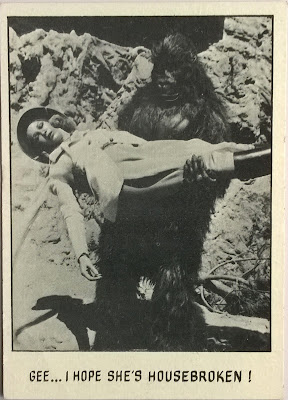 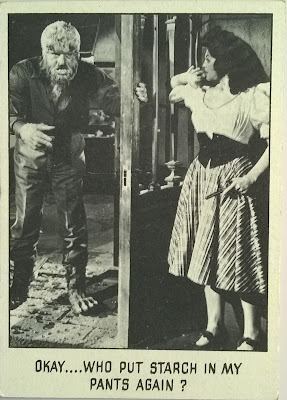 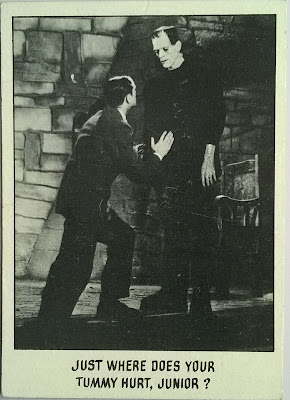 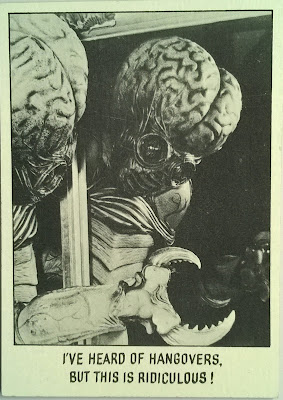 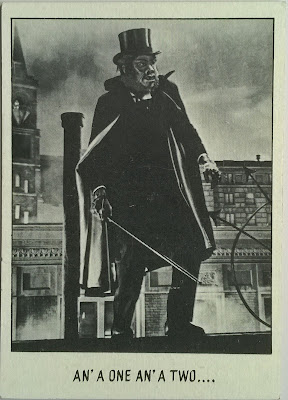 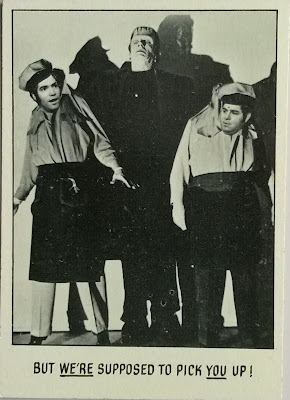 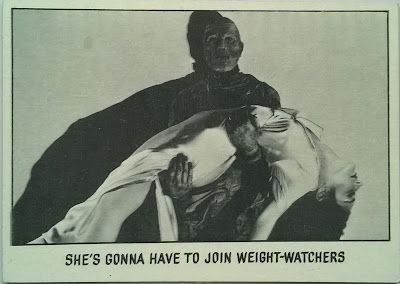 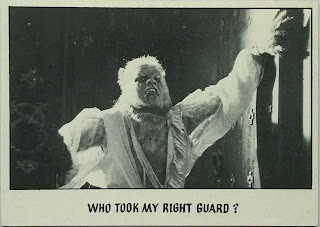 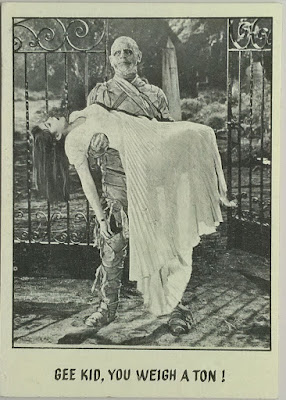 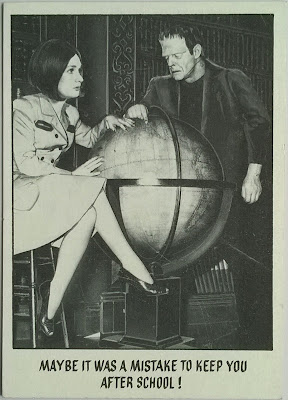 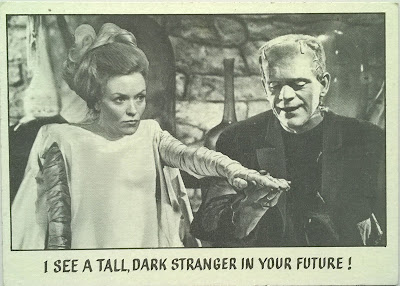 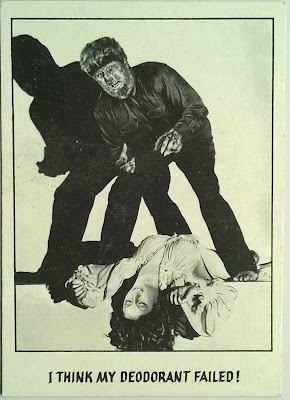 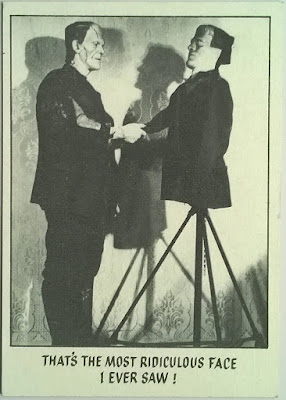 The backs are comprised of jokes and other bits of wisdom.

One of the joke backs: 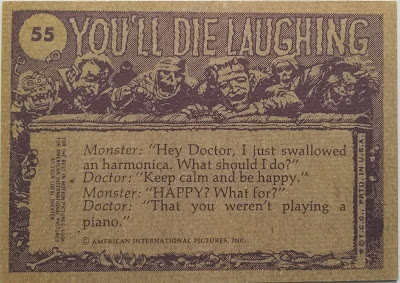 And one of the more philosophical of the bunch: 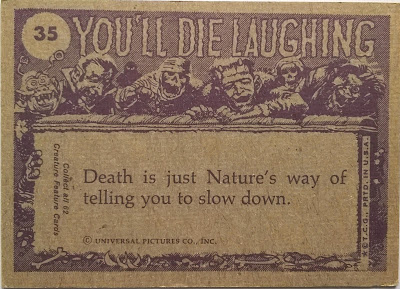