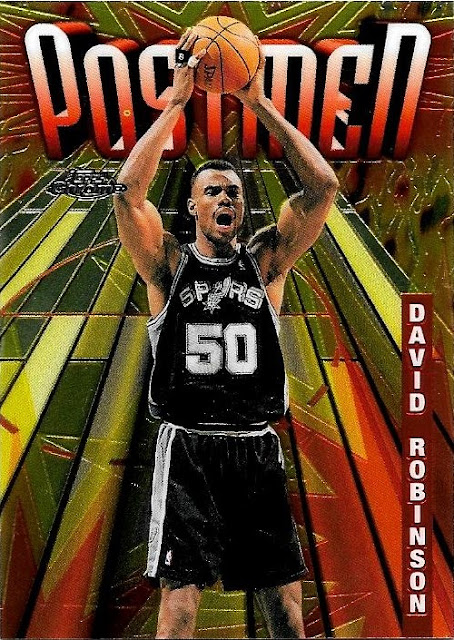 According to those in the know, when it comes to trading cards, the Trading Card Database is the be-all-end-all of, well, all things trading cards. I've already documented my attempt(s), and subsequent failure(s), to try and use the site in any sort of meaningful way, so I won't be going into that again here today. I'll figure out how to properly use it someday, it just won't likely be anytime soon. In the meantime though, I am still a member of the site, and seeing as how it's been very good to the blogs, I'd always be available to assist it if I were ever to be called upon to help (I can't imagine a scenario where the site would ever need me in any capacity, but I'm just saying that if they did...).

Obviously there are tons of bloggers who use the site, many of whom I've had contact with over the years, but for someone who's never used the site to do any sort of trading, I've had a surprising number of interactions with it's non-blogging members as well, and even received some cards from one them earlier this year (which was a first).

Most of my interactions with the non-blogging members have been Secret Santa (is that even going to be doable this year?) related, or Free Stuff Friday related, but I've also received a few emails about things that were seen on the blog, and once even received an offer to buy something that was seen on the blog -- which was declined, but I certainly didn't mind being asked. One of those people in the first group would be, Kari (user ID: karsal), who joined us for last year's Secret Santa, and just so happened to claim a few cards from my first FSF. I always say that I'm not looking for anything in return when it comes to the FSF stuff, but am not about to turn up my nose to things being sent back my way, which was exactly what happened with Kari; I wasn't looking for anything in return from him, but wasn't going to not open up, and gleefully accept, the PWE that showed up in my mailbox. 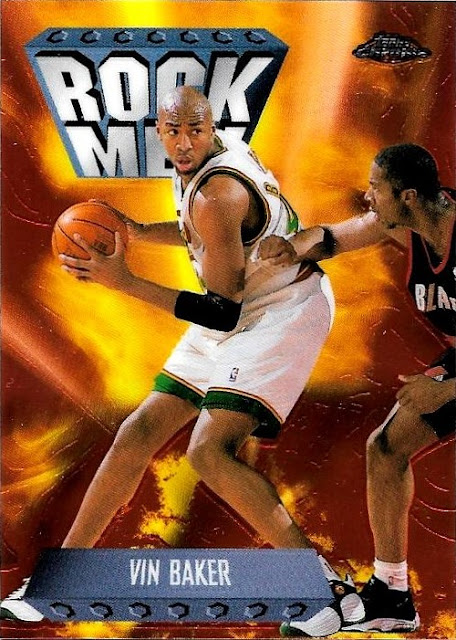 Having never received anything from Kari before, I had no idea what to expect from this envelope, but ended up being very pleased with it's contents. 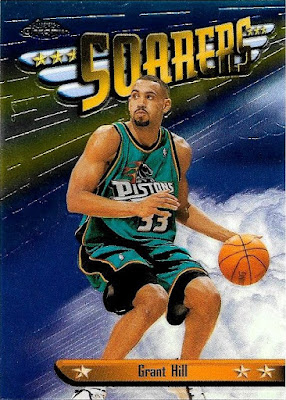 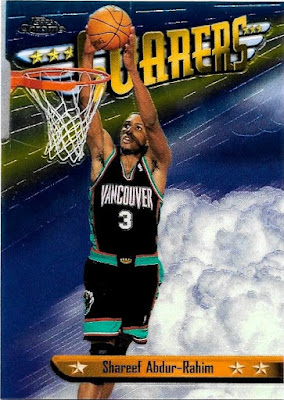 The bulk of the envelope consisted of inserts from the 1998-99 Topps Chrome Season's Best set. If memory serves, Topps introduced Season's Best with their 1996-97 flagship, and Chrome, sets, which without looking it up, I know ran at least through to the 1999-00 sets. The appeal of SB, at least in this humble bloggers opinion, was that it was usually at least 20 cards deep, and was made up of multiple different designs, so it was like getting multiple different sets in one.

The SB inserts are considered to be low-end these days, which is unfortunate, because they still look really good, regular and chromed, even today -- well, except for some of the 1997-98 Chrome's, as though are prone to greening. 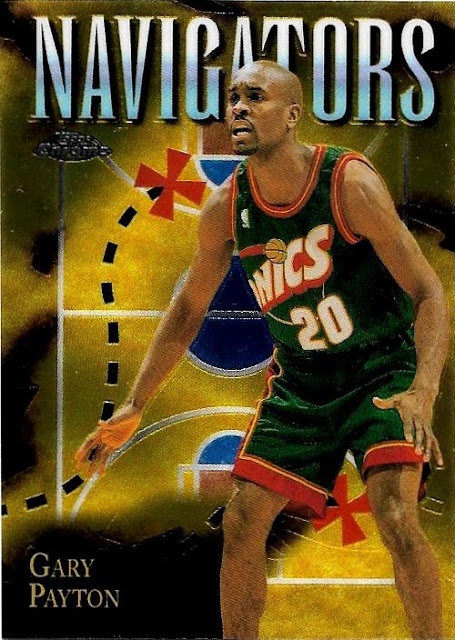 Depending on which day of the week you were to ask me, I'd flip-flop between which year was my favorite for the Season's Best, some days it would be 1998-99 edition, and others it would be the original 1996-97 release, which are like night-and-day when compared to these. 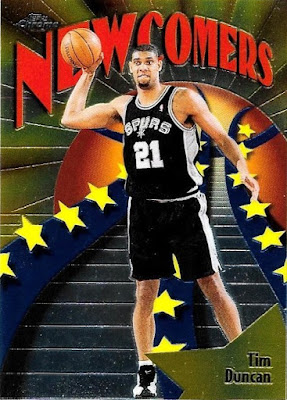 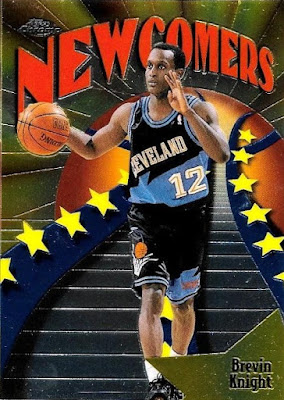 It goes without saying, but as with all things shiny, my scans do not do these cards any justice, especially on the Newcomers design. 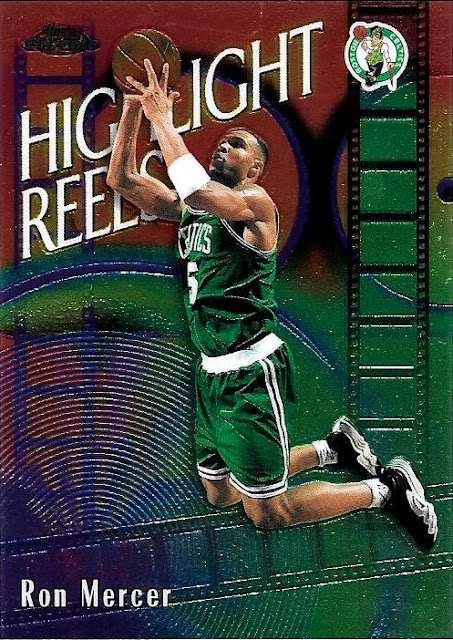 I don't think that I'm covering any new ground when I say this, but 1998-99 was a good year for basketball inserts/parallels. Some my say that there were too many that year, but I'm not one of them, I never get tired of seeing them, and can really never have too many of them. Surprisingly, most of these were new to me, although I did have 1 Duncan and 3 Robinson's already, but I don't mind, duplicates of these are more than welcome, and with 4 Robinson's now, I can't help but wonder if I should try to go for an entire pages worth?

Despite today's title, this obviously wasn't a trade per se, more of an exchange, and it wasn't done through the TCDB, but it was with a non-blogging member of the site, so I guess it was more like my first... TCDB related exchange?

Thank you again, Kari, the selection here was top notch, and the cards were very much appreciated. Hopefully one of these days I'll have more cards that I can send back across the border, as I think that these were considerably better than what you claimed from that first FSF way back when.


Thanks for taking a moment to look at my page.
Posted by Jon at 9:31 AM