A couple of weeks ago, Billy over at Cardboard History was having a contest whose prize ended up being split between all the entrants. So this post will show my portion of the bounty.

I had planned on waiting until I got a scanner before showing these, but that is taking longer then anticipated and I don't want to seem ungrateful by not putting them on display. I will apologize in advance as a few of the pictures are less then ideal.

So here we go: 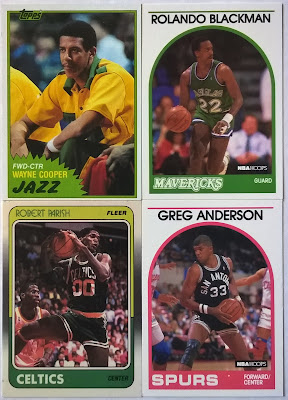 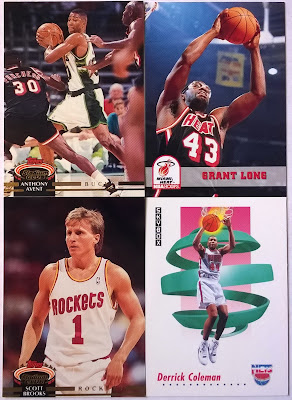 Scotty Brooks has barely changed in the last twenty years. 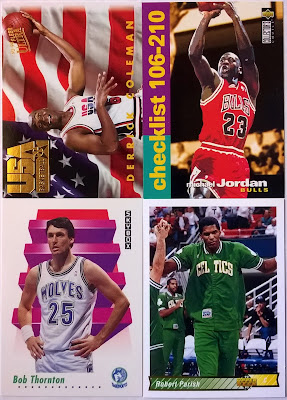 I'm going to send the Bob Thornton out for an autograph attempt. 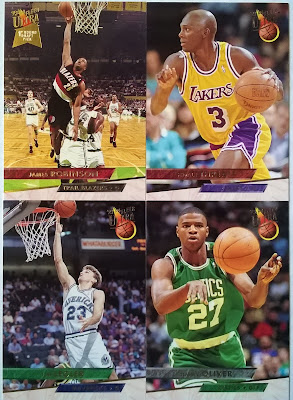 I really like the Ultra card of Tim Legler attacking the basket, especially since this might have been the only time he ever did so. 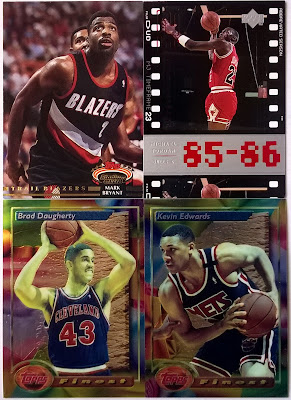 Billy, did you check and recheck the Finest to make sure they weren't refractors? These cards still give a lot of collectors fits. 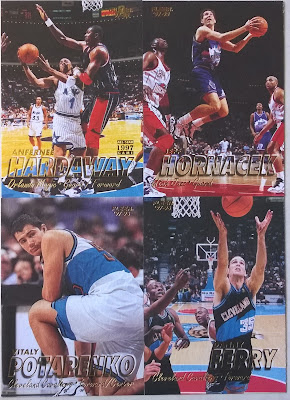 The '97-98 Fleer card of Penny Hardaway with Hakeem draped all over him is probably my second favorite from the group. 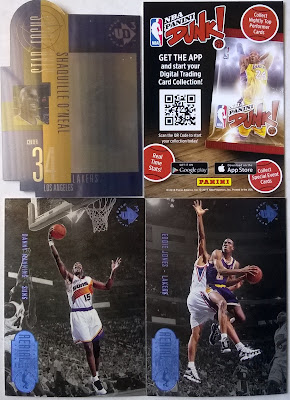 Being some kind of holoview, the UD3 Shaq card seems like it would be impossible to show it clearly. 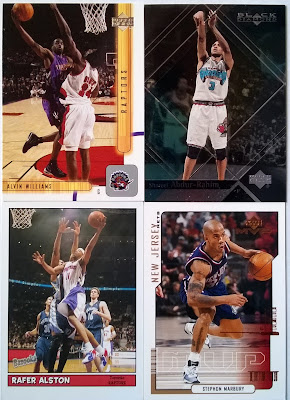 The 1999-00 Black Diamond Shareef Abdur-Rahim is really neat. I didn't have any cards from that set. 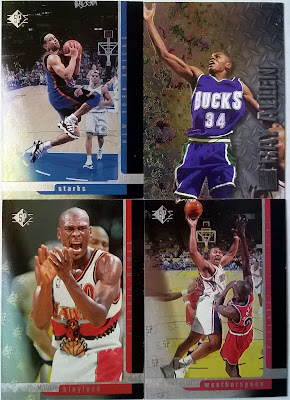 Here is an example of the bad pictures I warned you about. 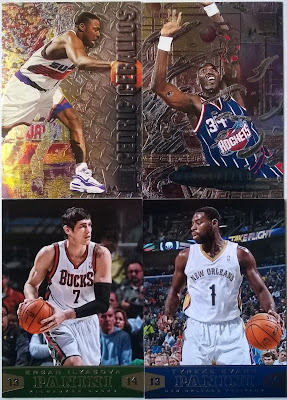 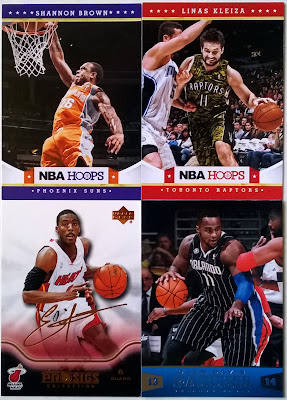 The 2004-05 UD Pro Sigs Eddie Jones is really neat too, and is one of many cards from a set that I haven't seen before, that were included in this package. 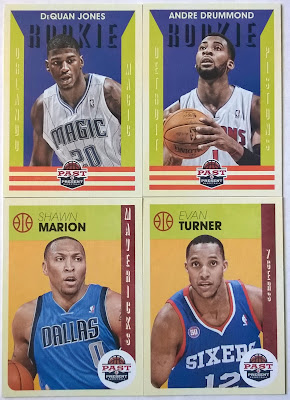 With Greg Monroe gone, Andre Drummond seems to be finally coming into his own. I have enjoyed the design on the Past & Present sets. 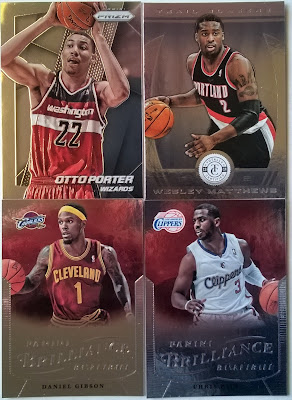 Shiny Wes Matthews gets my vote for the best card in here. The Trail Blazers really disappointed me by not even making him a new offer this past offseason. 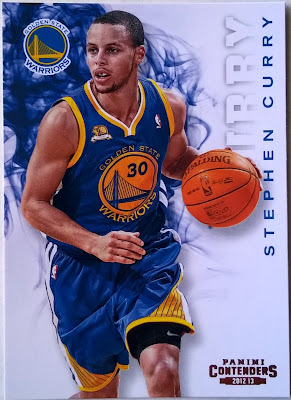 I guess last year's MVP should get his own spot at the end.

Thank you again Billy for the cards and since I don't recall ever getting cards in the mail that I didn't pay for, this really was nice of you.
Posted by Jon at 4:21 PM