Here is another pretty cool success. This time from Glen Combs. 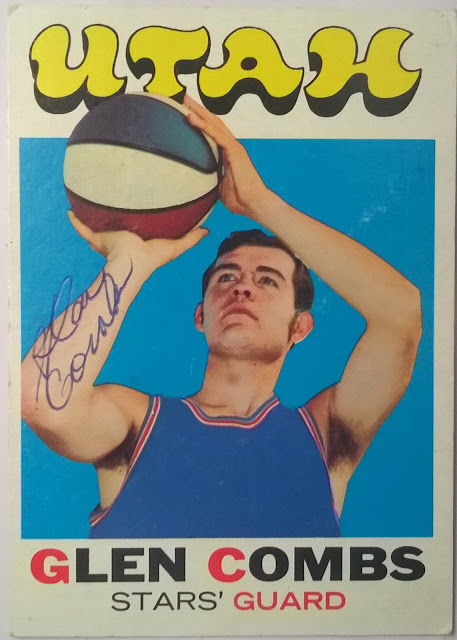 Glen was drafted by the San Diego Rocket in 1968, but chose not to play in the NBA. Instead he elected to spend his entire career in the ABA, playing for four different teams over a seven year span. He was member of the Utah Stars championship winning team of 1971, the same year he led the league in 3 point makes. He was also a 3 time all-star. Glen retired in 1975, finishing his career with a 16.5 ppg average.

On a side note, this card is somewhat special to me, as it was the first card that I ever got from the 1971-72 Topps set. So it's pretty neat to now have it signed.

As usual a big thank you goes out to Mr. Combs.