He was drafted by the then Capitol Bullets (soon to be Washington Bullets) in 1973. He played for four years in the NBA, where he didn't see a lot of playing time, but that is to be expected when you are playing behind Wes Unseld and Elvin Hayes. After his tenure in the NBA he played one season in Italy before a back injury effectively ended his career. 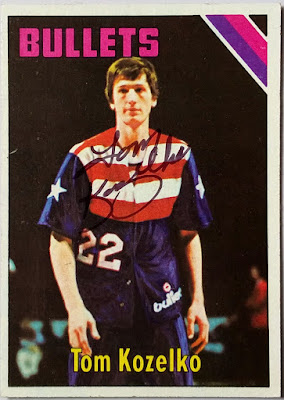 He was also kind enough to add an additional signed index card. 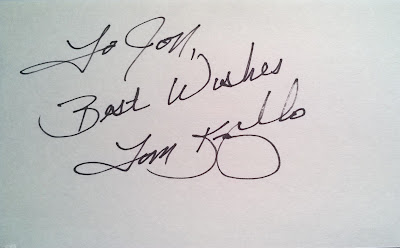 So a big thank you goes out to Mr. Kozelko for the autographs, which really made the previous couple of "blah" days be forgotten almost instantly.
Posted by Jon at 4:09 PM