Trade cards and an autograph

Here are a few more things I got at the antique mall that I talked about in the second to last post. I should probably mention that these items came from the same booth as mentioned before.

I only started collecting trade cards this year, and admittedly don't know as much as I should about them. I didn't really need another thing to collect, especially since at times it seems like I already dabble in just about everything under the sun. But I guess when your a pack rat (bordering on hoarder) and interested in non shiny objects, you don't really have much say in the matter.

Trade cards were in an early form of advertising in this country primarily from right after the civil war to the early 1900's, although they started in England in the late 1700's. What I find the most interesting about them is the fact that any particular card could be the only one of it's kind left, since a lot of them didn't survive. Although since it was a popular hobby at the time, there are quite a lot that were preserved in scrapbooks.

This first one is my favorite and the only one I have done any research on:

Carlton McCarthy was a confederate soldier in the civil war. He wrote and self published a book on his experiences entitled "Detailed Minutiae of Soldier Life in the Army of Northern Virginia 1861-1865", which amazingly is still in print. He later wrote a few more books and from 1904-1908 was the mayor of Richmond,VA. The picture didn't come out to well on this one, especially the dullness of the gold color(it's much brighter in person). I couldn't find any more examples of this card online.

It's really neat to read the price list on the back of this next one: 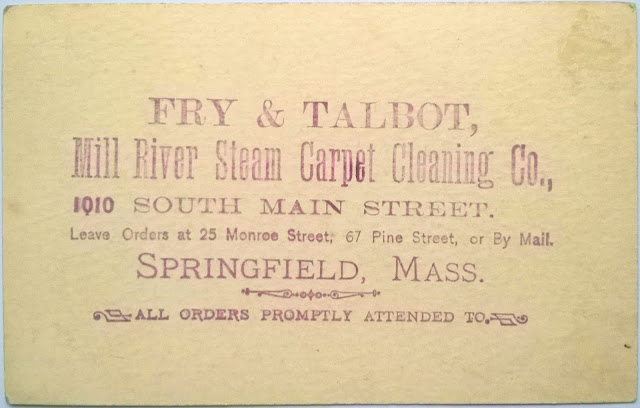 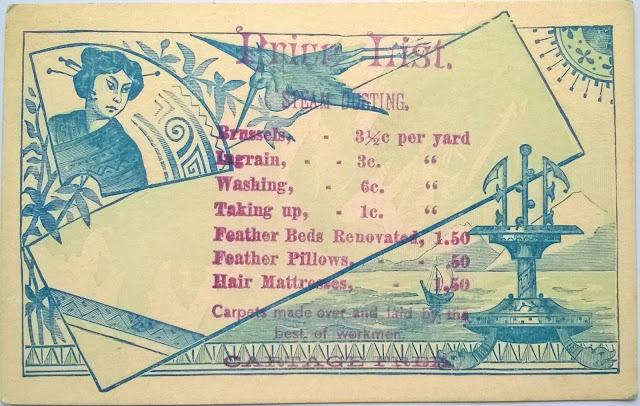 Here is one with a philatelic tie-in: 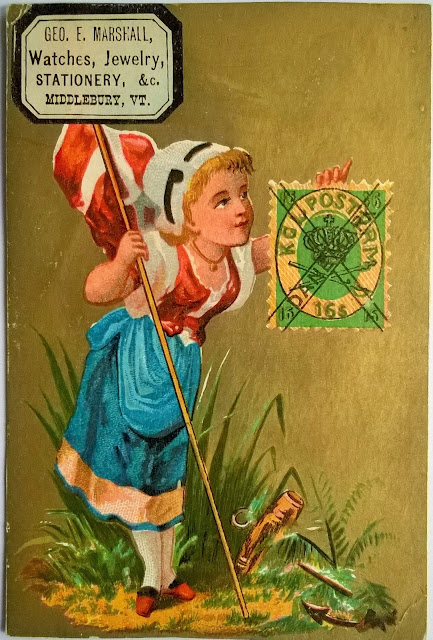 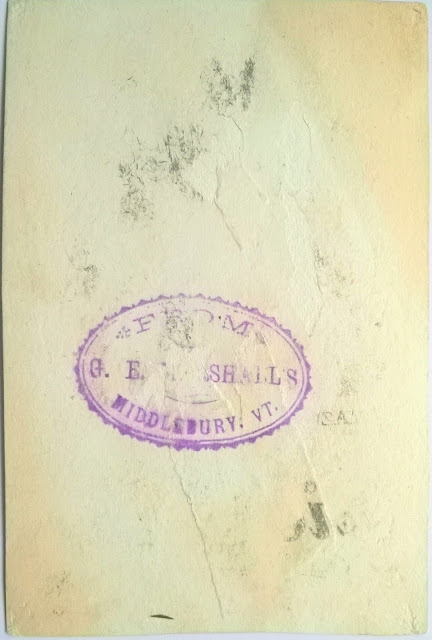 This last one is obviously damaged but I had to have it, since the face on the moon made me think of
the old silent film "A Trip to the Moon". 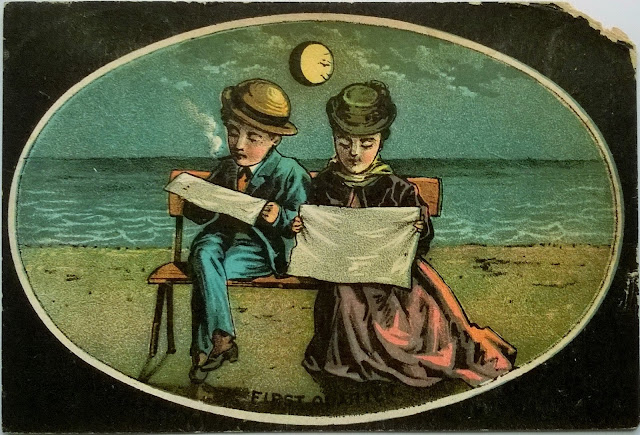 I have no idea what the advertisement is for though, as all it says on lower part of the image is "First Quarter".

I will end the post with an autographed postcard of Richard Martin that I found while searching through a box of oversized baseball cards from the 80's. Sorry for the glare on the image. 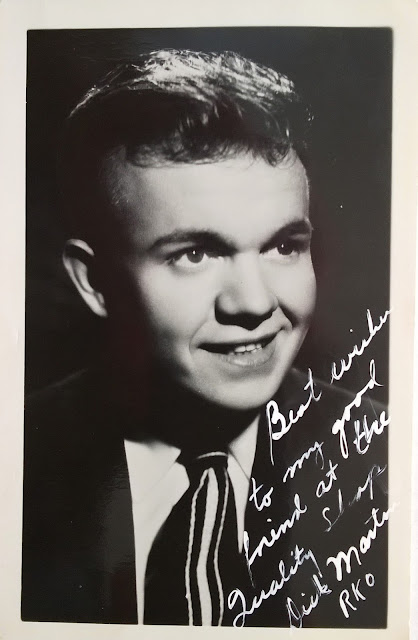 Dick Martin is best known for creating the character of Chico Rafferty, which he portrayed in 29 westerns in the late 1940's thru early 50's. I have never been a big fan of westerns but at $3.00 I wasn't going to pass it up. And I don't really have any doubts as to it's authenticity, since he would be sort of an obscure actor to create a fake autograph of.

Also I have made a few small changes to the look of the blog and since I still don't really know what I'm doing, any feedback would be greatly appreciated.