After a few unplanned days away from the blog (still been reading all of yours though, and commenting where I can), I'm back just in time for another COMC post. The ten cards in today's post don't seem to be quite as diverse as past weeks (IMO), but that's gonna happen from time to time, the shuffle button isn't perfect after all. But don't get me wrong, the cards that were selected are still good though, so don't go anywhere!
﻿
I believe that I've spoken before about my semi-recent love for this Billy Muffett card, if I'm wrong, and I haven't, well, sometime last year I developed a minor obsession with this card. The "why" is still a mystery to me, but whatever the reason, it's still very much a thing, case in point... 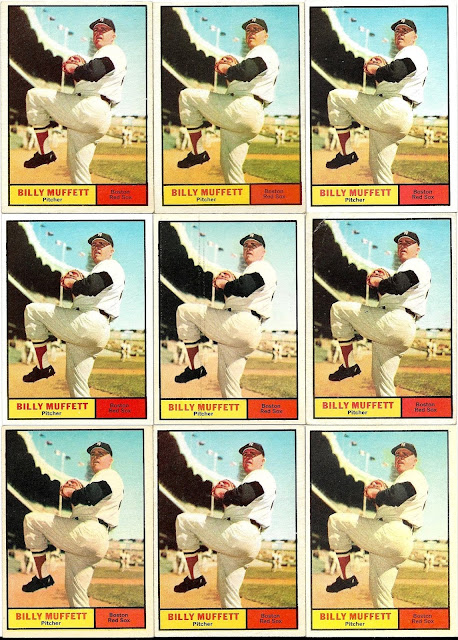 ... !!!!!!! It's a good thing that I'm counting duplicate purchases as one, otherwise dear reader's you'd be seeing these in separate posts, and I'm pretty sure that nobody but me, and maybe Mr. Muffett's relatives would want to see that.

Shawn Bradley used to be the butt of many a joke. Player's, as well as the folks who were calling the games, always made a big deal about him getting dunked on. I never understood that! He blocked a lot of shots during his career (even led the league one season). Sometimes when you attempt to block a shot, said attempt isn't successful, and you get dunked on, so what? At least he tried to block the shot! Would all of these people liked it more if he had saw someone coming down the lane, and just ducked out of the way, thereby conceiting the basket? Personally, I prefer the guy that goes for the block. Ducking out of the way is a really bad look.
﻿
Not much to say about this one, other than it was cheap, and I didn't have it.
﻿
There doesn't seem to be a lot of info out there about Mr. McCurdy, his Wikipedia page is almost non-existent, and the SABR people seem to be dragging their heels (again), so that doesn't leave us with too many other options. I did notice that he passed away on my brother's birthday (different year though), which is mildly interesting, at least on a personal level. 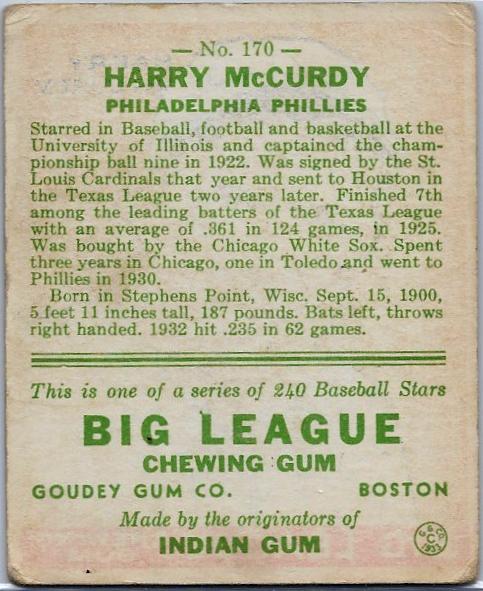 Obligatory scan of the back.
﻿
This my second favorite image (right behind Frank Gifford) from the 2014 Prizm set.
﻿
I didn't realize until just a couple of months ago, how many people still collect Shawn Kemp, because of this, his cards carry a bit of a premium.
﻿
I very much hope that Warren Moon doesn't ever stop getting new cards.
﻿
Eli's coming! Or has he already came? I don't know where I'm going with this, but I swear that it wasn't supposed to sound so dirty, Three Dog Night gets me into more trouble...
﻿
Wally freakin' Cleaver!!!!!!!!! This is why the Golden Age autos were, and still are, so great!
﻿
Look at all of that red! Is it just me, or does Dame look a lot like Russell Westbrook in this photo? That's not a compliment by the way.

That's ten cards, well, technically it was twenty one cards, but you know what I mean. These posts go by so fast. If I didn't need them for later-in-the-year card content so bad, I'd increase the number of randomized cards per post, but then July or August would roll around and I'd probably have no new cards to talk about -- so I guess I better keep it at ten per post :)


Thanks for taking a moment to look at my page.
Posted by Jon at 9:18 AM